You are using an outdated browser. Please upgrade your browser to improve your experience.
by Jared Erondu
August 10, 2011
When a new iDevice is due for a refresh, you can expect a storm of photos from around the world claiming to be the new design. From people just looking for attention, to others who really think they're a part of Apple's design team, concepts hit us one by one. Now that the iPhone 5 release is soon approaching, we've decided to present the best from all the wannabe iPhone designers. Regardless, even if one of the many photos isn't the true design, everyone likes to view the recent concepts just to marvel at possible styles. Today, I'll share my favorite ones with you. In the comments, tell us which are your favorites and what you want to see in Apple's next iteration of their famous iDevice. Concept 1: Sports a non-slip surface on the back. You get the same effect as the Apple iPhone 4 bumper case and scratches won't be as noticeable. The screen size is increased to 4 inches by using some of the black space on the iPhone 4. The home button is tapered and the screen resolution is very high. The FaceTime camera has HD capabilities and the phone is thinner than the MacBook Air. Concept 2: Nothing much has changed here from the iPhone 4 except the lack of a home button. The display takes up more of the border and the volume rocker buttons are longer. Concept 3: Conceived by an Italian designer, The iPhone "Air" features the same tapered look of the current MacBook Air. The screen size looks to be around 4 inches, leaving a very thin border on the sides. Concept 4: From iSpazio, this full blown concept shares the same antenna design with the iPhone 4. The volume rockers are joined together like the earlier iPhone models. The phone appears to be taller and thinner. It sports a metallic coating and a rounded back (like with the 3GS) and the camera seems a lot bigger. The mute/volume switch is now a button and there is something black on the top like with the 3G iPads. I wonder what it is? Concept 5: A very popular look from ThisIsMyNext suggests a teardrop structure but rounded off. The screen will go up to 3.7 inches (0.2 inch increase) but the same resolution meaning a 14ppi drop from 326 to 312. However, Retina display is anything above 300ppi (where the individual pixels are no longer distinguishable). Concept 6: Commissioned by MacRumors today from CiccareseDesign, this concept is not only particularly exciting, but it's also based on what is believed to be a legitimate leak of the next device's specifications. You can see additional shots over at MacRumors. What is your favorite look or design? What do you want to see in the imminent release of the iPhone 5? Leave your brilliant ideas below! 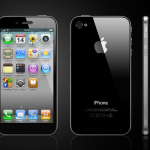 This May Be Your Next iPhone: Design Concept Roundup

This May Be Your Next iPhone: Design Concept Roundup
Nothing found :(
Try something else