You are using an outdated browser. Please upgrade your browser to improve your experience.
by Bryan M. Wolfe
August 26, 2011
Yesterday’s announcement that Google is shuttering its just-released Photovine service is perhaps the craziest move we’ve seen by a tech company recently (okay, perhaps that honor goes to HP for wanting to spin off its entire PC line). Sure, this isn’t the first time Google killed a product, but Photovine’s short lifespan has to be some sort of record. After all, it debuted just last week for the general public. As a follow-up, Photovine’s death is the result of Google’s decision yesterday to shutter Slide, an apps development company it purchased last year. In addition to Photovine, Disco, Pool Party, and Video Inbox have also gotten their execution orders. Only Slide’s Prizes.org site will remain. The decision to kill Photovine looks like an example of Google’s CEO Larry Page’s attempt at restructuring his massive company. Says TechCrunch, which broke the news of Photovine’s demise:

Larry Page is apparently not messing around in his efforts to streamline Google as much as possible and trim any fat. While Google says that most Slide team members will stay at Google, I would not be surprised to see an exodus pretty quickly.

Still, what a lame move. If Google were planning to kill Photovine (and you can’t tell me they didn’t know this last week even as Google’s PR machine went into overdrive to promote the photo-sharing service), they would have been wiser to simply kill it before it went to the public. Instead, people are angry. As one Twitter member, Gavi Schneider, recently commented, “Why are they shutting down Photovine? It just became popular!” Or, as Nick Sakellariou states: “File this under “color me stunned.” Not surprisingly, someone has already started a “Save Photovine” campaign, for whatever that is worth. Google+ Next? Finally, what does Google’s move mean to the long-term survival of its new social networking service Google+? This is another Google product we (and millions of others) are enjoying and beginning to integrate into our daily lives. On a whim, will Page kill this product too? Our best estimation is Google+ is safe. Remember, Google+ was created “in-house,” and not by the fine folks at Slide. Still, perhaps it should give us pause that Google+ remains in beta. As one of my co-workers asked, how can Google sustain a social network with no network? Good question, don’t you think? Yeah, maybe we should stick with Facebook, which just happens to be where the “Save Photovine” page exists. 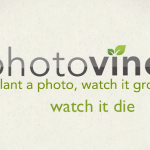 What A Lame Move - Google Kills Photovine
Nothing found :(
Try something else