You are using an outdated browser. Please upgrade your browser to improve your experience.
by Bryan M. Wolfe
September 6, 2011
In China, Wi-Fi + 3G versions of Apple’s popular iPad will soon make their debut, according to The Wall Street Journal. Until now, Apple has only been allowed to sell the Wi-Fi models of the iPad 2 in China. However, thanks to an agreement between Apple and the communist-led government that is about to change. Accordingly:

According to China's Telecommunication Equipment Certification Center, a device by Apple with third-generation high-speed wireless data capabilities was issued the network access license needed for the company to begin official sales in China. The device, listed under model number "A1396," is compatible with the 3G standard WCDMA, and would work with the cellular network operated by Apple's local iPhone partner, China Unicom (Hong Kong) Ltd. 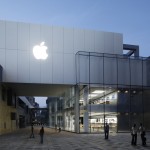 Apple To Begin Offering 3G iPad 2s In China
Nothing found :(
Try something else