You are using an outdated browser. Please upgrade your browser to improve your experience.
by Bryan M. Wolfe
September 30, 2011
When Apple unveils the iPhone 5/4S on Tuesday, it is expected to include a new voice feature using technology from Nuance and Siri. Today, MacRumors suggests this feature will be available exclusively on the new handset and not available on previous iPhone models through a software upgrade. We’ve told you about Assistant before. In fact, we presented a thorough write-up on the subject earlier this week. Today’s news, however, is the first to suggest the feature will only be available on Apple’s newest iPhone. In other words, it won’t be available through the iOS 5 update for older handsets such as the iPhone 3GS and iPhone 4. As part of its report, MacRumors has published the attached artist rendition of what Assistant may look like, along with this impressive video. Take a look: Apple's next generation iPhone is expected to be unveiled on Tuesday during a special event held on the Apple campus. We'll keep you updated. 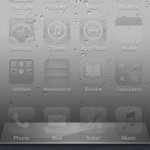 Apple’s New Assistant Feature Will Be Available Exclusively On The iPhone 5/4S (Video)
Nothing found :(
Try something else