You are using an outdated browser. Please upgrade your browser to improve your experience.
by A.T. Faust III
September 24, 2011
With Facebook's high-rolling immediate future now firmly entrenched in tech's collective distributed brain, we're finally getting a glimpse -- albeit an expertly veiled one -- into how the social superpower intends to further monetize its growing online presence. Through the addition of its Open Graph system, Facebook has debuted several new media-focused apps, including a sort of in-window browser and a multitude of embedded players from big-time services like Spotify, Netflix, Hulu, and others. Alongside this long-rumored HTML 5-heavy push, Facebook is completely altering the structure of its traditional Profile page. Set to debut in just a few short weeks, this wholesale reimagining -- dubbed Timeline -- is radically different in historical scope and artistic appeal. Says Gizmodo's Sam Biddle in his (somewhat gushing and premature) "Timeline Review,"

It is the single greatest change that Facebook's ever pushed on us... It'll be a visual history of your existence, starting at your birth. Yes, the fact that you came out of your mother (and when! and where!) is now noted on Facebook's servers. Love, loss, friends, frenemies, birthdays, breakups, cats, kegstands—all of it, from zeroday to today, shared with everyone you know online. This is simply the single most ambitious attempt to catalog the tangled mass of human lives in the history of the internet.

Indeed, that's Timeline in a nutshell, and it does showcase the bold new vision of Mark Zuckerberg and company. Truly, given the magnitude of the project, I doubt anyone would argue the pure reach and potential of Facebook's ambition. However, ambition can represent more than the mere want of some awesome grandeur; and, in the case of huge companies ever seeking more influence and power, it's good to remember that the word also means "competitive" and "aggressive" and, above all, "enterprising." Indeed, lost in the surprising sea of near-unanimous approbation for Facebook's new raison d'être, there remains this nagging theme of serial enterprise. Hidden behind a wall nigh impenetrably high lies the essence of what Facebook's now doing. To understand it, though, you must first understand what Facebook's actually become. The Facebook of today is an advertising platform! Like Google, Facebook exists almost entirely as a venue to sell commercial goods and services. Like Google, the company specializes in the proficient placement of so-called targeted ads. But unlike Google, whose algorithms primarily key in on objective (or subjective, if you're feeling punnish) content within the parameters of user-defined input to suggest and rank products and brands, Facebook is using your personal list of contacts as an unwitting address book for its lucrative digital mailers. Now, with Open Graph and Timeline working in tandem, Facebook's newest, most lauded pair of features will fuel each other in a relentless, flaming fireball of overt (and covert!) corporate spokesmanship. For privacy advocates and promoters of the public trust, that in itself is an enormous problem. Here's how it works: Viewing videos and listening to music through Open Graph, Facebook users will auto-generate status updates to their followers, giving the thumbs-up to whatever it is they're currently seeing and hearing. Search Engine Journal's David Angotti explains:

Until now, marketers had to rely on Facebook users either checking in at a location or clicking “Like” in order to create a “Sponsored Story.” The Open Graph will now provide advertisers with many more opportunities to create Sponsored Stories through a variety of actions including: online purchases, playing a song, or watching a movie. Sponsored Stories, which convert at much higher rates than traditional internet advertising, place a friend’s endorsement on a product or service.

Watching a show you love? You've stamped your name to it and told all your friends. Happen to a hear a song you don't like? You've fully endorsed it to everyone you know. Read a news article in the embedded browser? You guessed it: Everyone's been linked! Like it or not, you're an unpaid agent, pushing media as you consume it, each small action sprouting a thousand new branches in the tree that is the "free" Facebook pay-wall. To make matters worse, these references (which appear, at this beta stage, to be dynamically crafted to look like genuine notes from a given contact) don't even show up on your own Timeline. Essentially, your online friends are receiving these seemingly personalized messages from you without your knowledge and without any accurate history accessible through your account's outgoing summaries. The Timeline keeps you thinking you're in control of everything you put out there, but Open Graph's vested partnerships make sure that you absolutely aren't. Still, this tectonic shift that Facebook's unleashed isn't very likely to negatively alter the public's perceptions of the immediate here and now. There will be no Richter-smashing seismic upheaval, no tidal wave of fleeing users to come crashing down on lesser social shores. Sure, it'll be the last straw for some (as every change invariably is), and Facebook will probably cover its legal bases with a neatly amended EULA and a (hopefully not too convoluted) way to opt mostly out. But the service's powerful defaults certainly serve to signal a new era of consumer (un)awareness. And, in a land where defaults are king, Facebook reigns supreme. There are too many users -- 800 million and counting -- for anybody to fret on the fringe minority. Facebook doesn't care, nor do its advertisers. For them, this is a groundbreaking, revolutionary way to cash in. After all, word-of-mouth has long been among the most effective marketing tools in the consumer age. This is just word-of-mouth taken to its logical conclusion: You don't even have to talk anymore. Of course, I stopped listening to my friends long ago... 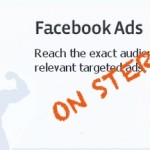 Facebook Redefines Targeted Advertising, Has Deal With 800 Million Sponsors
Nothing found :(
Try something else