You are using an outdated browser. Please upgrade your browser to improve your experience.
by Alexander Vaughn
September 23, 2011
While Apple still hasn't even announced the iPhone 5 yet (very likely featuring a dual-core A5 processor), it seems they are already well on their way to preparing for the following generation. Of course, this won't come as much of a surprise to you, if you consider that Apple develops its products years ahead of time. Now, Ars Technica has discovered traces of support for new quad-core ARM processors inside Xcode, Apple's official developer tool. More precisely:

The source code for a part of Clang that interprets what CPU type is being targeted for optimization includes a definition for an architecture type of "armv7k" and CPU type "pj4b". PJ4B is a specially optimized CPU design used in Marvell's quad-core Armada XP embedded processors.

What's all this fuss about? Well, it's pretty simple, multiple processors allow your iDevice to do several things at once. You'll argue that your iDevice might already do multiple things at a time, but it's really just jumping from one thing to another really fast. With multiple processors, not only does it become easier for your iPhone and iPad to do multiple things at once, but each processor ends up with a much smaller load, which in turn extends your battery life. With four separate processors, your iDevice could not only become more agile, but it will be pretty much as powerful (or more) as your current desktop computer. This opens the way for some incredible new applications, like efficient voice recognition, iPad-size Retina displays and what not. (Image Credit: 1024x.net) 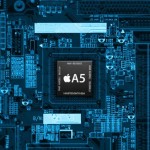 Xcode Hints At Quad-Core iDevices
Nothing found :(
Try something else