You are using an outdated browser. Please upgrade your browser to improve your experience.
by Alexander Vaughn
September 14, 2011
Following the many rumors surrounding the iPhone 5 coming to Sprint, we're now hearing that Apple will also be launching the iPad 2 on the low-priced network. Indeed, this morning 9to5mac this claims their sources confirmed that an iPad 2 compatible with Sprint's CDMA network is now ready to ship, and will probably be launched alongside or shortly after the iPhone 5. The latter they hear, is still scheduled for October 7. Apparently, they're being told that the Sprint iPad 2 is a separate device from the Verizon one, and will only be functional on Sprint's network, so no roaming. Furthermore, it's unknown whether the device will take advantage of Sprint's own 4G WiMax network. The 4G question is a good one, while we didn't expect the iPhone 5 to feature LTE, especially not in June, a few months have gone by and perhaps the situation has evolved. Also, the iPad has a much bigger battery and could more easily provide the power that hungry chips for a 4G network require. Still, this would be a big surprise. As for the credibility of this news, we tend to trust 9to5mac, but you'll have to take their word for it. All in all, if Apple does expand the iPhone to Sprint, it makes complete sense that the iPad would also follow, especially considering how similar the two devices are. We'll keep you posted. 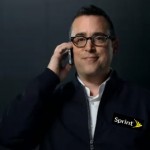 Rumor: Apple To Launch iPad 2 On Sprint In The Coming Weeks

Rumor: Apple To Launch iPad 2 On Sprint In The Coming Weeks
Nothing found :(
Try something else