You are using an outdated browser. Please upgrade your browser to improve your experience.
by Bryan M. Wolfe
September 21, 2011
With All Things Digital reporting that the iPhone 5 is set to be unveiled on October 4, now is a good time to discuss what this opportunity means to current and future iPhone owners. Is upgrading now a good thing and if so, which model is best? We've got the answers here. Before we begin, let’s be clear on one thing. We consider All Things Digital, and its parent company, The Wall Street Journal, to be a reliable source. In other words, if they say the iPhone 5 is being announced on October 4, it is probably true. It should be noted that The Loop, another reliable source, also likes the date. So yes, Apple fans, prepare to stand in line for your new handset very soon. Finally, this article assumes Apple is also going to launch a less expensive version of its current iPhone 4 model, the so-called iPhone 4S. Depending on your situation, buying this model may be a better choice. So, finally, here’s what the iPhone 5 launch means to you, depending on your situation. Apple Fans Folks, this is the biggest launch since the iPad 2 earlier this year. As such, we know there will be millions of early-adopters standing in line at stores across the world. For these folks, we say enjoy and hope to see you there! iPhone 3GS or older Apple has kept the iPhone 3GS around longer than any previous model and with good reason. First launched in 2009, the iPhone 3GS is practical and reliable and has been available at a small price for quite some time. However, all good things must come to an end. As such, we assume Apple will discontinue the iPhone 3GS model come October 4, and replace it with a less expensive iPhone 4. Our advice to anyone with an iPhone 3GS or older model is to switch when the new models are released, assuming your contract allows you to. Also, even if you’ve purchased an iPhone 3GS recently, doesn’t necessarily mean you can’t upgrade now. Carriers are getting very aggressive with making sure you stick with them. As such, you might be able to upgrade even though your iPhone 3GS was purchased earlier this year. In other words, you won’t know unless you ask. For iPhone 3GS owners, deciding between an iPhone 4S and iPhone 5 is entirely up to you. Either way, you’ll notice a significant improvement over your existing model. Still, if money is no object, go with the iPhone 5. iPhone 4 This is where things get tricky. We know early iPhone 4 adopters are clamoring to get their hands on the iPhone 5. However, for those that purchased the current model within the last six-to-nine months, you probably can’t upgrade without paying your carrier a lot of cash. Our advice: Check with your smartphone provider and see if an upgrade is possible. If you can and really want to, by all means upgrade and become an iPhone 5 buyer. Then, sell your current phone to a friend or on Craigslist. One more thing: Don’t buy the rumored iPhone 4S. This model will essentially be the same as the one you’ve got now and as such, stay away from it even though the price may be right. If you can’t afford an iPhone 5 now, wait until the next iPhone release in 2012. New iPhone Users We’ve heard from quite a few Verizon customers in recent months that have been waiting for the day the iPhone 5 arrived. These customers decided in February not to upgrade to the iPhone 4 and as such, they will soon be rewarded. For anyone that has never purchased an iPhone before, you won’t go wrong with either the iPhone 4S or iPhone 5. If money is no object, go with the higher-priced iPhone 5. For those non-iPhone customers who cannot get out of their contracts, relax and wait for the iPhone 6. Switching Carriers? We’re pretty sure the days when AT&T customers were thinking about switching to Verizon are long over and vice versa. As such, we’re not sure there will be any advantage of switching between the two now. While each may offer slightly different service plans, for the most part, they will be the same. However, if Sprint and/or T-Mobile get into the iPhone business, all bets are off. In this scenario, shop around and see which carrier offers the most bang for your buck. Finally, When Will The New iPhone(s) Arrive? If Apple announces the new iPhones on October 4, we would anticipate they would be released on Friday, October 14, at the earliest. October 7, in our opinion, would be too soon. In addition, expect iOS 5 to arrive right around the same time. Summary After months (or has it been years) of iPhone 5 rumors, the next-generation handset is likely to arrive very, very soon. Enjoy the launch; we hope this article helps you decide whether you should upgrade or not. 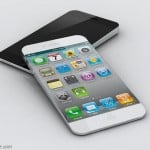 Should You Buy The iPhone 4S Or The iPhone 5? (Updated)
Nothing found :(
Try something else