You are using an outdated browser. Please upgrade your browser to improve your experience.
by Bryan M. Wolfe
September 13, 2011
The iPhone 5’s arrival date is still unknown, however, that doesn’t mean there isn’t a way to figure out when the handset could be released. According to BGR, a trusted source has confirmed that Apple is expected to release one more iOS 5 beta followed by the Gold Master release. From this, we can pinpoint the approximate date the iPhone 5 should arrive. According to this news, Apple will release iOS 5 beta 8 this Friday, September 16. From there, the Gold Master version (in other words, the final iOS 5 release) will arrive approximately one week later. Assuming developers have no problem with the final release, Apple will then “request that carrier partners give technical acceptance to the Gold Master” by October 5. From there, the iPhone 5 would soon follow. This timeline, which sounds about right, seems to confirm a report earlier today that points to an October 15th iPhone 5 launch date. As usual, we’ll keep you updated. 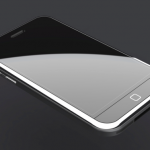 The iPhone 5 Launch Timeline Begins Falling Into Place
Nothing found :(
Try something else