You are using an outdated browser. Please upgrade your browser to improve your experience.
by A.T. Faust III
October 30, 2011
While Apple boasts the largest liquid cash reserve in consumer tech, the company has a well-deserved reputation of incredible frugality. Equally noteworthy is the fact that, on the rare occasion an existing outfit's actually drawn into the Cupertino fold, Apple has a history of quickly putting that acquisition to work. You know, like they did with Siri. That's what makes this latest bit of news so exciting: Apple has purchased the Swedish 3D mapping company C3 Technologies! Discussed at length by our friends at 9to5Mac, the move is significant because it underscores Apple's seeming desire to (eventually) break ties with Google for its iOS Maps app and associated services. The C3 purchase represents the culmination of several years of preparation for Apple, the history of which writer Mark Gurman explains:

[I]n 2009, Apple scooped up their own mapping software development company called Placebase. In the summer of last year, Apple went one step further in their obvious pursuit of a completely in-house mapping solution and acquired a 3D mapping firm called Poly9.

With three distinct companies now all under one roof, it's clear Apple's plans include a robust 3D future for the Maps app we all know and love. And, while the first two pick-ups may have been somewhat low-profile, C3 is a well-respected, cutting-edge player in the automated mapping game; and their technology -- initially developed by the aerospace/defense company Saab AB -- is unparalleled in terms of detail, accuracy, and ease-of-use. Says Gurman:

C3 Technologies creates incredibly high-quality and detailed 3D maps with virtually no input from humans. The 3D mapping is camera based and the technology picks up buildings, homes, and even smaller objects like trees. C3's solution comes from declassified missile targeting methods.

The following videos hold tremendous promise for the implementation of Apple's newfound cartographic expertise: We absolutely love what we see. And, hopefully, we'll see it in action come iOS 6. 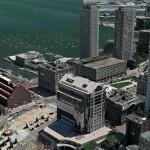 Apple Acquires 3D Mapping Marvel For iOS
Nothing found :(
Try something else