You are using an outdated browser. Please upgrade your browser to improve your experience.
by Bryan M. Wolfe
October 11, 2011
Last week, we told you about AppleCare+, a new warranty program coming for the iPhone beginning October 14. Now, we’ve got some additional information for you, especially for those customers that preordered an iPhone 4S, but didn’t order AppleCare+ at the same time. As a review, the new $99 package extends your iDevice’s repair coverage and technical support to two years from the original purchase date. In addition, it adds coverage for up to two incidents of accidental damage due to handling, with each subject to a $49 service fee. In making its original announcement, Apple discontinued its $69 AppleCare program for the iPhone. This program, while less expensive, didn’t include coverage for accidental damage. Here are the new details since our first report. First, according to MacRumors, AppleCare+ means a change in how Genius Bar handle damaged devices. They state:

In addition, there seems to have been some confusion on exactly when AppleCare+ was to have been purchased for new iPhone 4S orders. Apple had stated this had to be done at the same time an iPhone 4S was ordered. Unfortunately, this isn’t possible through AT&T, Sprint, and Verizon. As such, Apple has revised its policy, according to Tuaw. They state:

If you want to buy AppleCare+ to cover a phone purchased from a carrier or one where you neglected to buy it when purchasing from Apple, just walk on in to an Apple retail store within 30 days of your purchase and ask for help from any sales person. You do not have to make a Genius Bar appointment. This is a one-time exception to the policy requiring simultaneous phone & AppleCare purchasing.

For those that don’t live near an Apple Store, our advice is to contact Apple directly as soon as your iPhone 4S arrives. Apple Care's number is 800-275-2273. Most likely, they will allow you to make an AppleCare+ purchase over the phone, as long as your iPhone is less than 30 days old. 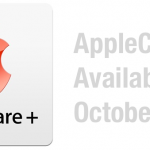 AppleCare+ For iPhone 4S: What You Need To Know

AppleCare+ For iPhone 4S: What You Need To Know
Nothing found :(
Try something else