“We are thrilled with the very strong finish of an outstanding fiscal 2011, growing annual revenue to $108 billion and growing earnings to $26 billion. Customer response to iPhone 4S has been fantastic, we have strong momentum going into the holiday season, and we remain really enthusiastic about our product pipeline.”

These numbers, while impressive overall, fell below estimates, according to The Wall Street Journal.  Analysts were projecting earnings of $7.39 a share on revenue of $29.69. As a result, Apple's shares are down six percent in after hours trading. At this afternoon’s conference call with the media, Cook indicated that sales numbers might have been off because of persistent iPhone 5 rumors, according to MacRumors.

iPhone rumors had been at a fever pitch for many months as Apple missed its usual June introduction of new hardware. Compounding the effect were persistent rumors of a dramatically redesigned "iPhone 5" offering a larger but thinner design than the current iPhone. Whether those iPhone 5 design rumors were incorrect or based on a design still in the works for a future model remains unknown, but the iPhone 5 was ultimately not released during this product cycle as Apple elected to remain with the iPhone 4 design as it launched the iPhone 4S.

Still, Apple expects a huge holiday quarter thanks to the iPhone 4S, which just arrived last Friday. Through Sunday, four million units of the fifth iPhone were sold in just seven countries. The iPhone 4S launches in 22 additional countries on October 28. 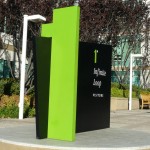 Despite Impressive Earnings, Investors Are Unimpressed With Apple’s Latest Numbers

Despite Impressive Earnings, Investors Are Unimpressed With Apple’s Latest Numbers
Nothing found :(
Try something else