You are using an outdated browser. Please upgrade your browser to improve your experience.
by Alexander Vaughn
October 3, 2011
Tomorrow at 10 a.m. PDT, Tim Cook will be taking the stage for the first time as Apple's CEO. Not only will he be filling Steve Jobs' extremely large shoes, but he's due to announce the newest version of the most highly expected, hyped and popular mobile phone in the industry; the iPhone 5. This device will be replacing the previous model, the iPhone 4, which has been the most popular iPhone Apple has ever made, and it hasn't been updated in 15 months. The pressure on Apple and Cook is incredible, and the entire world will be watching tomorrow. Yet, it seems that day after day, Apple isn't ready for the challenge, and many are very worried they're setting themselves up for media suicide. Indeed, Apple has not been very bullish on tomorrow's event: - First of all, Apple has only invited a very small subset of the press, and many reporters and news channels haven't been invited, unlike what has been the norm in the past. There are no big trucks on their way to San Francisco to deploy satellite transmission gear, just a few bloggers and their laptops going to Cupertino. - And that's our second point. Rather than renting out a big venue, Apple is holding the event on its own campus, in a much smaller room. On top of that, Apple will reportedly not even be streaming the event live on the Web. - Last, but not least, we're getting a feeling that Apple's public relations department has been at work trying to downplay expectations. All this seems to suggest quite strongly that Apple doesn't have much to unveil, and really wants to control the message. That is, it seems like all Apple has is an "iPhone 4S." Let's face it, this is complete suicide. Yet, Apple won't go down that easily, and here is what's going to, or at least needs to happen: - Whatever Apple announces, even if it still looks like the iPhone 4, it has to call it the iPhone 5. This alone will convince most people that this is a new thing. - Then, expect to hear that this new iPhone is "an incredible step forward," thanks to an all new A5 processor, better graphics and what not. Apple is going to hype the performance of this thing like never before. - Finally, expect a big focus on software, and new things that the iPhone 5 will allow you to do, whether it's Assistant, or iOS 5. If Apple can put the right spin on these three elements, they should be fine. However, it might take Steve Jobs' reality distortion field to pull it off, and we're not sure if they still have it. Of course, the scenario where Apple has an actual iPhone 5 featuring a new design, a larger screen and something fancy like wireless charging is still possible, but don't count on it too much. What do you think? 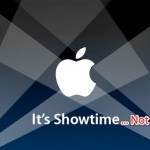 Is Apple Setting Itself Up For Media Suicide Without An iPhone 5?

Is Apple Setting Itself Up For Media Suicide Without An iPhone 5?
Nothing found :(
Try something else