You are using an outdated browser. Please upgrade your browser to improve your experience.
by Matthew Sims
October 19, 2011
As most of us know, Apple closed its campus and retail stores for a few hours today to mourn the passing of Steve Jobs. As we've come to learn, Steve was working on Apple's next product launch up until his last day. PCMag is reporting that CEO of SoftBank, Masayoshi Son revealed in an interview with the U.S. Ambassador to Japan, John Roos that the former Apple CEO was still working on Apple's next product launch up until the day before he passed away. As you can hear in the video below Mr. Son said:

“I visited Apple for the announcement of the iPhone 4S [at Apple headquarters in Cupertino, California]. When I was having a meeting with Tim Cook, he said, ‘Oh Masa, sorry I have to quit our meeting.’ I said, ‘Where are you going?’ He said, ‘My boss is calling me.’ That was the day of the announcement of the iPhone 4S. He said that Steve is calling me because he wants to talk about their next product. And the next day, he died.”

There are times when I look at something so simple, so minimalistic and it reminds that he is gone. Via - PCMag Image - TIME 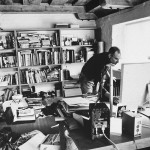 Steve Jobs Has A Hand In Apple's Next Product

Steve Jobs Has A Hand In Apple's Next Product
Nothing found :(
Try something else