You are using an outdated browser. Please upgrade your browser to improve your experience.
by Bryan M. Wolfe
October 18, 2011
In December 2009, Steve Jobs summoned the founders of Dropbox, Drew Houston and Arash Ferdowsi, to the Apple Campus in Cupertino, California. Over tea, Jobs indicated that he saw Dropbox as a strategic asset that Apple wanted. Instead, we got iCloud, according to a new report first published by Forbes. Founded in 2007 and first released to the public one year later, Dropbox uses cloud storage to enable users to store and share files across multiple platforms, including Mac OX, iOS, Windows, and Linux. According to the report, 325 million files are saved to Dropbox each day. After the initial meeting with Houston and Ferdowsi, Jobs indicated that he’d like to meet again at the company’s San Francisco office. When that feel through, they never heard from Jobs again. Instead, iCloud was unveiled in June 2011.

When Jobs later followed up with a suggestion to meet at Dropbox’s San Francisco office, Houston proposed that they instead meet in Silicon Valley. “Why let the enemy get a taste?” he now shrugs cockily. Instead, Jobs went dark on the subject, resurfacing only this June, at his final keynote speech, where he unveiled iCloud, and specifically knocked Dropbox as a half-attempt to solve the Internet’s messiest dilemma: How do you get all your files, from all your devices, into one place? Houston’s reaction was less cocky: “Oh, s–t.” The next day he shot a missive to his staff: “We have one of the fastest-growing companies in the world,” it began. Then it featured a list of one-time meteors that fell to Earth: MySpace, Netscape, Palm, Yahoo.

Check out this video: The entire report, entitled "Dropbox: The Insider Story Of Tech's Hottest Startup," is an enjoyable read, especially as it relates to Jobs. It will be interesting to see how iCloud affects Dropbox. 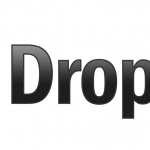 Steve Jobs Wanted Dropbox, Instead We Got iCloud

Steve Jobs Wanted Dropbox, Instead We Got iCloud
Nothing found :(
Try something else