You are using an outdated browser. Please upgrade your browser to improve your experience.
by Bryan M. Wolfe
October 10, 2011
Just how big is the iPhone 4S? Apple has confirmed that one million preorders for the company’s newest phone were taken during the first 24 hours. This compares to “just” 600,000 taken on the first day of preorders for the iPhone 4. According to Philip Schiller, Apple’s vice president of Worldwide Product Marketing:

We are blown away with the incredible customer response to iPhone 4S. The first day pre-orders for iPhone 4S have been the most for any new product that Apple has ever launched and we are thrilled that customers love iPhone 4S as much as we do.”

Apple also today announced that each of its 245 U.S. Apple Stores would open at 8 a.m. local time on Friday, the first day the iPhone 4S is available. In addition, on day one, the iPhone 4S will be available from the Apple Online Store, and through AT&T, Sprint, Verizon Wireless, and select Best Buy, Target and Walmart stores and select Apple Authorized Resellers. As a reminder, the iPhone 4S arrives in the U.S., Australia, Canada, France, Germany, Japan and the U.K. beginning Friday, October 14. By the end of October the new phone will arrive in 22 more countries. These include: Austria, Belgium, Czech Republic, Denmark, Estonia, Finland, Hungary, Ireland, Italy, Latvia, Liechtenstein, Lithuania, Luxembourg, Mexico, Netherlands, Norway, Singapore, Slovakia, Slovenia, Spain, Sweden and Switzerland. 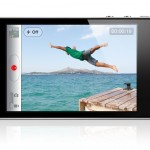