You are using an outdated browser. Please upgrade your browser to improve your experience.
by Bryan M. Wolfe
October 17, 2011
In announcing the iPhone 4S, Apple made some great promises in terms of the iDevice’s battery life. However, those promises might be off the mark, according to iLounge, who tested battery life on the new handset on AT&T, Sprint, and Verizon and then compared it to the iPhone 4. In a far-reaching analysis of the iDevice's battery life, iLounge discovered some interesting anomalies between what Apple promised plus how the iPhone 4S stacked up to the iPhone 4. They state:

So there you have it, perhaps some unwelcomed news about the iPhone 4S’ battery life. Thoughts? 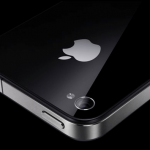 The iPhone 4S Battery Life Is Underwhelming Vs. iPhone 4

The iPhone 4S Battery Life Is Underwhelming Vs. iPhone 4
Nothing found :(
Try something else