You are using an outdated browser. Please upgrade your browser to improve your experience.
by Bryan M. Wolfe
November 4, 2011
This holiday season Apple has a secret weapon to go against the countless Android-based handsets available in the marketplace. No, the weapon isn’t the iPhone 4S, Siri, or the still powerfully (and cheaper) iPhone 4. Rather, it’s the company’s two-year old iPhone 3GS, according to Bloomberg. Launched in 2009, Apple’s third iPhone stopped being cool with first adopters and everyday techies long ago. Yet, the model will still account for 20 percent of iPhone sales this quarter. The reason is simple. Since October 4, Apple and AT&T have been offering consumers the handset for free if it is purchased with a contract. As such, the iPhone 3GS is now Apple’s first entry into the free-phone market.

The move pits Apple’s iPhone against bargain Android phones, without much damage to the company’s profit. That’s because Apple gets cost savings from using older, cheaper parts. And though the device lacks some of the whiz-bang features of the 4S, such as the voice-activated assistant Siri, it’s still better than rivals of the same price, said Roger Entner, founder of market research firm Recon Analytics LLC.

According to the report, Apple still receives $381 per “free” iPhone 3GS. While this is below the $620 the company receives for the iPhone 4S, the older model is much cheaper to produce. The result is that Apple’s profit margin remains the same for the iPhone 4S and iPhone 3GS, 56.1 percent. This compares to 55 percent for the $99 iPhone 4. Besides the profits it still provides, the iPhone 3GS is important for another reason. Because the iPhone 3GS is available for zero, it provides Apple with a foothold in the lower end of the market for the first time since the iPhone debuted in 2007.

Apple’s repriced phones, plus the allure of the iPhone 4S, will set up a showdown with Samsung for the market lead this quarter, IDC said in a report yesterday. (Craig Moffett, a Sanford C. Bernstein & Co. analyst in New York) expects AT&T to market the 3GS aggressively in the year-end holiday season, targeting price-conscious shoppers and people who want to add a phone to their family plan. Because it only works on the GSM standard, the 3GS is not available from Verizon Wireless or Sprint Nextel Corp., which rely on different technology.

Therefore, while many of our readers may find the iPhone 3GS no longer cool, others do, including Apple. Remember that the next time you visit AT&T and wonder why there is sometimes still a waiting list for a handset first launched two years ago. 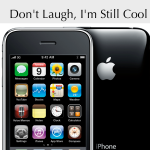 Apple’s Secret Weapon This Holiday Season Isn’t The iPhone 4S, It’s The iPhone 3GS
Nothing found :(
Try something else