You are using an outdated browser. Please upgrade your browser to improve your experience.
by Bryan M. Wolfe
November 15, 2011
An Illinois man was arrested last week after calling 911 five times to complain about his iPhone not working, according to The Smoking Gun. Michael Alan Skopec, 48, began calling emergency operators last Wednesday night, apparently to demand someone fix his broken handset. When one call didn’t do the trick, Skopec called 911 four more times before the police arrived. Accordingly:

Cops traced the calls to Skopec’s home, where he was arrested around 1 AM yesterday when he “refused to comply with orders from deputies,” according to a sheriff’s spokesperson. Skopec, pictured in the above mug shot, was charged with obstructing or resisting a peace officer, a misdemeanor.

The suspect was reportedly intoxicated when police arrived at his home and didn’t say what he thought they could do about his faulty smartphone. Skopec’s first court appearance is scheduled for November 18. 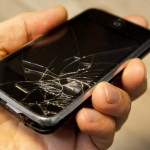 Broken iPhone Leads To Man’s Arrest
Nothing found :(
Try something else