You are using an outdated browser. Please upgrade your browser to improve your experience.
by Bryan M. Wolfe
November 14, 2011
Apple fans may chuckle, but the arrival this week of Amazon’s first-generation Kindle Fire may have a significant impact on what direction Apple takes with future iDevices. In fact, when we look back at this week in a few years, we might remember it as the week that most changed the iPad and for the better. It arrived moments ago: An email from Amazon announcing that my Kindle Fire is on the way. In receiving this email, I’m getting that feeling of excitement usually reserved for the anticipated arrival of the next-generation iPhone and/or iPad. Yes, even this Apple fan is getting excited about having a tablet not part of the Steve Jobs’ ecosystem. Let’s be clear; the Kindle Fire is not going to be an iPad killer. In fact, I don’t expect its arrival to hurt Apple’s bottom-line significantly. Still, you can’t discount Amazon and how its arrival into the broader tablet market could influence Apple moving forward. Here are five ways: Pricing After the holiday season, I’d expect Apple to lower the price of its iPad. Whether this happens in January or next spring when the iPad 3 is expected, a price change is almost certainly coming. My best bet is Apple will follow the model it initiated with its iPhone line. Most likely, Apple will continue selling the iPad 2 even after the iPad 3’s arrival. However, the price of the older model will drop significantly; perhaps not as low as the $199 the Amazon is charging for its Kindle Fire, but close to it. In other words, Apple isn’t going to let Amazon control the lower-end of the tablet market, even if it means lower profit margins in this area. Streaming Apple really needs to figure out a way for us to stream videos directly from iTunes. And no, I’m not talking about using AirPlay Mirroring. Renting a movie, for example, should be as simple as paying for it on your iPhone/iPod touch or iPad and hitting a play button. Instead, currently, we must first download the movie and then begin watching it. The Kindle Fire offers streaming right now. I’d expect Apple to offer a similar service for its iDevices very soon. Newsstand At last count, Apple’s Newsstand includes 480 magazine and newspaper titles from across the world. While on day one, the Kindle Fire will offer only 400 titles, it will do so with an additional incentive for customers - freebies. Amazon is offering something Apple is not: a 90-day free trial for many of its most popular titles. These include Bon Appetite, Wired, and ESPN The Magazine, among others. My hope here is that Amazon’s entry will mean more competitive prices and/or deals for iPad owners too. Amazon Prime As The Wall Street Journal indicated earlier today, the Kindle Fire’s most significant feature could be Amazon Prime. For $79, customers are able to enjoy unlimited and instant streaming of over 10,000 movies and television shows. In addition, these users are also able to borrow from Amazon up to 12 books a year at no additional cost. Where is Apple’s “free” streaming? That’s right, there is no iTunes streaming, let alone for free. The iPad Mini By next year, the Kindle Fire line is expected to include two models; the current 7” model and one similar in size to the iPad 2, which is 9.7”. In doing so, Amazon will likely force Apple to release an iPad Mini, which I expect them to do sometime next year. Summary While early reviews (see here and here) suggest the Kindle Fire isn't without its problems, this doesn't mean it won't influence the tablet market over the long-term. Here we presented five reasons it could influence Apple and its line of iDevices in the future. What are your thoughts? Am I correct, or not? Leave your comments below. 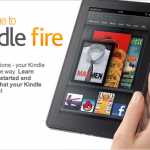 Five Reasons Why The Kindle Fire Matters To Apple Fans

Five Reasons Why The Kindle Fire Matters To Apple Fans
Nothing found :(
Try something else