You are using an outdated browser. Please upgrade your browser to improve your experience.
by A.T. Faust III
November 18, 2011
Released earlier this week, a new survey pegs the eminently mobile iPad as much more of a homebody than previously thought. After gathering usage data from 15,000 iPad owners across more than a dozen countries, research firm McKinsey & Company were surprised to find that 62 percent of those polled never take their iPads out of the house. So, why is the iPad so agoraphobic? Well, that depends on who we ask. If we ask the crew at iDownloadBlog, they chalk it up to a general failing of Apple's iPad design. While the iconic tablet looks portable and easy-to-carry, it's just too big to truly work as a "go anywhere" device. Apple, they say,

even shaved inches (and weight) off of the original iPad to make its second generation tablet more mobile. But still, at nearly one and a half pounds, with a 10 inch display, how portable can it really be?"

Hogwash. The iPad is more portable than any laptop ever sold, and, in terms of screen size, comes in smaller than the smallest members of traditional notebook families. Furthermore, the suggestion that Apple refined the iPad's original design to make it easier to transport is logically misguided. Come iPad Round Two, that criterion was probably last on Jony Ive's list of reasons to revise. Instead, Apple merely did what Apple does: They refined their product. (If Apple's engineers were shooting for portability as the iPad's key selling point, we'd have already had that mythical 7-incher.) Anyone used to carrying around a laptop would be more than capable--and more than ready--to carry around the lighter, thinner iPad. So, then, we'd better ask someone else. Putting the question of the iPad's stay-at-home tendencies to McKinsey's own Bertil Chappuis, we're given an easier, real answer: It's because the iPad's finally done what the computer industry's always attempted to do. Says Chappuis,

[t]he PC tried to get into the living room for 20 years.

"Well," he concludes, "it's here." And the folks at GigaOM seem to agree, writing that

most iPads never leave their owners’ houses, and are used most in the living room, for many of the things previously done on a home computer. Though Microsoft, Google, Sony and others through the years have been vying to be the “living room PC,” Apple, at least right now, is winning that battle. ... In other words, [the iPad is] being used as just another home computer, like a replacement laptop for tasks such as watching video or browsing the web.

After all, the majority of laptop owners never take those out of the house, either. For me, when it comes to the iPad, I could take it or leave it. As long as I actually have one when I get home. 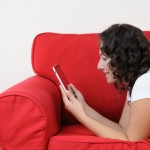 Majority Of Owners Use iPad Exclusively At Home
Nothing found :(
Try something else