You are using an outdated browser. Please upgrade your browser to improve your experience.
by Bryan M. Wolfe
November 24, 2011
Less than a day after Big Fish claimed Apple had allowed them to start charging a subscription fee for their iPad games, Apple has removed the service from the App Store. Available since November 18, the now-defunct plan would have done to games what Netflix does for movies and TV shows, allow people to rent them for a monthly subscription fee, according to Bloomberg News. According to Paul Thelen, founder of Big Fish:

“We were notified that the app was removed. We’re trying to follow up with Apple to try to figure out what happened. It was officially approved.”

Most surprisingly, Thelen claims that his company worked with Apple for “several weeks to ensure that it met the requirements for recurring monthly charges made through the App Store.” As Alexander Vaughn noted yesterday, Apple initial approval of Big Fish’s service was surprising.

As we said, this is a bit of a surprise. When Apple introduced subscriptions earlier this year, they were clearly meant for publishers. Yet, we haven’t heard that Apple prevented “software as a service” apps from using it. For example, you can sign up for a search feature subscription in Instapaper or better maps in Navigon. Streaming a game online, isn’t all that different. Also, while it does appear that creating a whole platform of games available by subscription is a first on iOS, at the moment we can’t confirm if this is a real change in policy or not.

Today’s news suggests that Apple’s subscription policy, in fact, hasn’t changed. What do you think? Would you “rent” iOS games on a monthly basis? Let us know by using the comments below. 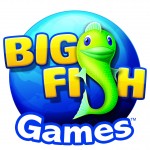 On Second Thought, Apple Doesn't Expand Subscription Service To Games
Nothing found :(
Try something else