You are using an outdated browser. Please upgrade your browser to improve your experience.
by Lenny Liang
November 28, 2011
As suggested by its name, the recently updated Pick-Up Sticks by Speedy Winner Holdings Ltd., is a virtual version of the classic game. The object of the game is simple: remove a stick from a pile, without disturbing the remaining sticks. Despite the simplicity of the game, the app offers numerous ways of keeping things fresh. It offers four single player modes, 10 stick themes, five backgrounds, a multiplayer mode (although Game Center was not available at time of testing), and an incentive system to unlock features and bonuses. For relaxed enjoyment, the casual mode allows you to play down 50 sticks with no time limit. Arcade mode gives you three lives; make a mistake and lose a life. Time attack mode gives you a minute to collect as many sticks as possible. The app also has a creative mode, which allows you to draw lines to create your own random stick pattern. In the arcade and time attack modes, power ups, such as +10 seconds and x2 coins for 20 seconds can be bought or earned. What is interesting is that coins can be earned not only through stellar play, but also through a number of advertising offers. For example, you earn 335,500 coins by signing up for Tapjoy and 5,621,000 coins by signing up for Netflix. You can also remove ads for $1.99 Pick-Up Sticks is not the only app of its kind available, but it's the best free one that I've encountered. It could use some improvement, such as the addition of a landscape mode. But it's a good version of the game. The controls are responsive. The themes are interesting (vegetables as pick-up sticks, anyone?) It's simple, but also timeless fun. Most importantly, the game has that rare quality of being accessible to people of all ages. This is a game that grandparents can enjoy with their grandkids. Pick-Up Sticks is a universal app, which is available in the App Store now - free of charge, but with in-app purchases. 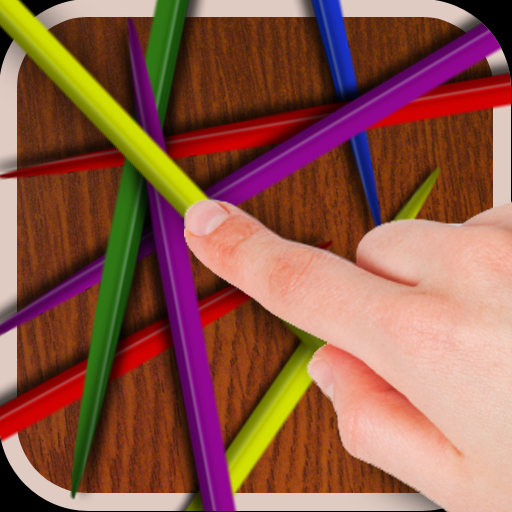 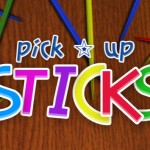 Pick-Up Sticks Gets A Digital Makeover
Nothing found :(
Try something else