You are using an outdated browser. Please upgrade your browser to improve your experience.
by Sean Capelle
November 4, 2011

MyRoute Safe Drive (Free) by ATOM STUDIOS gives you just about anything you need to know while driving.

MyRoute Safe Drive is like a free Swiss Army knife for the road. The heads-up display (HUD) features everything from a speedometer, altimeter, latitude and longitude, and speed limit warnings. It looks like it should actually be a part of your car’s dashboard. 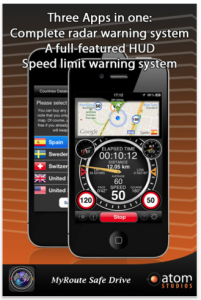 Giving it a road test, I was very surprised that the speedometer kept in line with what my car’s analog speedometer showed.

Most cars have a trip counter, where you can see how far you’ve gone, but I’ve never used them because I found it too hard to program. This app, however, only requires that you hit the start button.

The two large numbers at the bottom of the HUD are for highway and street speeds. You can set the limit for each, and a sound or vibration can alert you when you go over (as if you didn't know). Luckily the "enable limit" option keeps it to one beep.

I actually used my iPad, propped on the passenger seat, which isn’t ideal. This app would logically work best with the iPhone, especially on a mount case. I suppose an iPad car mount would work, as well, but really what’s the point of having one without being able to use Siri?

The map above the HUD didn’t work reliably on my trek home from work. Everything was fine until I turned onto another road, and the map went away. I also noticed that the map is always oriented with north at the top, making your blue location dot look like a character navigating a maze.

So what’s the catch for this app being free? You’ll need to purchase maps for your country if you want to have the ability to watch out for speed traps.

Buying a map also gives more detailed information, such as satellite views and traffic information (if available). Each map only costs $0.99, but it really is optional.

Another hitch is that the iPod touch, any iPhone older than the 3G, and Wi-Fi only iPad won’t work for your current location because they don’t have access to GPS satellites.

Oh, and time for the legal stuff ... Please be responsible when driving, it's not worth getting into an accident because of an app. 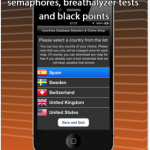 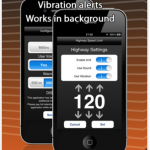 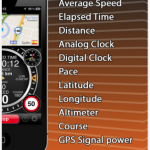 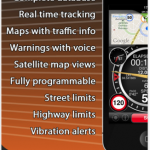 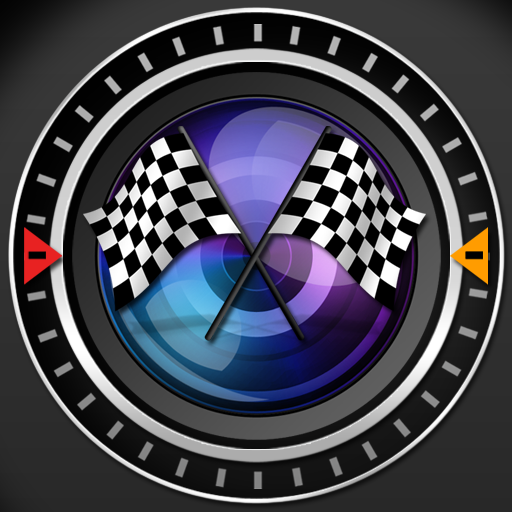 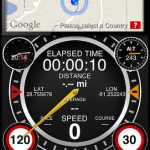 MyRoute Safe Drive Offers Everything You Need In A Dashboard
Nothing found :(
Try something else