You are using an outdated browser. Please upgrade your browser to improve your experience.
by Bryan M. Wolfe
November 9, 2011
Adobe today announced that it was ending its development of Mobile Flash and focusing instead on HTML5. Calling HTML5 “now universally supported on major mobile devices,” Adobe contends that HTML 5 is the “best solution for creating and deploying content across mobile platforms.” Of Flash, Adobe states:

Our future work with Flash on mobile devices will be focused on enabling Flash developers to package native apps with Adobe AIR for all the major app stores.  We will no longer continue to develop Flash Player in the browser to work with new mobile device configurations (chipset, browser, OS version, etc.) following the upcoming release of Flash Player 11.1 for Android and BlackBerry PlayBook.  We will of course continue to provide critical bug fixes and security updates for existing device configurations.  We will also allow our source code licensees to continue working on and release their own implementations.

In April 2010, the late Apple CEO, Steve Jobs, concluded in a web post that Flash would never be available on iDevices such as the iPhone/iPod touch and iPad and it wasn't. Instead, he pushed for HTLM5, which he called “completely open and controlled by a standards committee.” Nineteen months later, it appears that Jobs' comments were correct as Mobile Flash is no more. 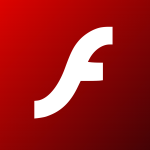 Say It Ain’t So: Mobile Flash Is Dead

Say It Ain’t So: Mobile Flash Is Dead
Nothing found :(
Try something else