You are using an outdated browser. Please upgrade your browser to improve your experience.
by Bryan M. Wolfe
November 1, 2011
On Saturday, we reported that jailbreak bigwigs chpwn and Steven Troughton Smith had successfully ported Siri to the iPhone 4 and an iPod touch. However, that doesn’t mean we can expect to see the service on these iDevices anytime soon – either through a jailbreak or via Apple itself. According to a lengthy post on his website, chpwn contends that copyright laws are preventing he and Smith from releasing their Siri port to anyone. In other words, while it is technically feasible to get Apple’s voice recognition system on legacy iDevices, as both jailbreakers proved, legally they aren’t going to tell us how to do this. From a legal standpoint, “you currently must already own an iPhone 4S to install Siri on it without a blatant copyright violation.” Chpwn states:

Many people have managed to display the Siri UI on the iPhone 4; it is, in fact, reasonably trivial with access to the files copied off an iPhone 4S (as explained above). But only Steven and myself — yes, I know there are others that claim to have: I’ll tell you this, they haven’t ;) — have managed to make Siri successfully contact the Apple servers and receive responses. Why? Here, the answers become slightly more murky. Partially this is because I don’t want to reveal too much about the procedure to try and ensure that you all will be able to use it in the future, and partially because it requires a jailbroken iPhone 4S, something which is currently not publicly available. Anyway, the general gist of it is that you almost certainly need the access provided by the a jailbreak to extract all of the information necessary to get Siri working on another device, and that’s not yet availble. (And, no, I don’t know when it will be. You can follow along with me while we wait, though!)

We at AppAdvice are pretty confident Apple will extend Siri's reach beyond the iPhone 4S at some point. For one, the service will almost certainly arrive with the iPad 3 next spring and probably every following device. Whether chpwn and Smith release their port beforehand remains to be seen. Something tells us, however, that they don't want to feel Apple's wrath and because of that, probably won't release it. If they do though, we'll let you know. 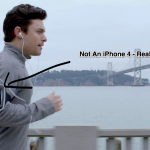 Sure Siri Can Run On An iPhone 4, But That Doesn’t Mean You’re Getting It Right Now

Sure Siri Can Run On An iPhone 4, But That Doesn’t Mean You’re Getting It Right Now
Nothing found :(
Try something else