You are using an outdated browser. Please upgrade your browser to improve your experience.
by Bryan M. Wolfe
November 21, 2011
In October, Apple announced the iPhone 4S. Along with it, the company announced the iPhone 3GS would be available for absolutely free exclusively through AT&T. However, the handset is now being offered for $.99, according to MacRumors. First released in 2009, the iPhone 3GS is Apple’s longest selling handset and since October, has been available at AT&T for free with a new two-year contract. However, the price is now $.99. The reason for the change, at least according to one MacRumors forum user, is to prevent fraud.

MacRumors forum user Metcury46l had one possible explanation for the price change: I work at AT&T, this is being done to help prevent fraud as the 99 cents cannot be billed to your bill. It must be charged to a credit or bank issued debt card. Fraudsters are using stolen identities to steal these handsets ... been an issue since they went free.

Officially, AT&T won't give a reason for the iPhone 3GS price increase, except to say the “iPhone 3GS is still available at an incredibly low price and we're confident consumers will agree that this remains one of the best deals for a leading smartphone.” We agree. Just $.99 for an iPhone is still a great deal. Surprisingly, the Apple Store online is still offering the iPhone 3GS for free. 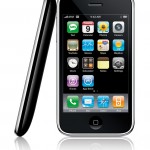 The Free iPhone 3GS Is No More

The Free iPhone 3GS Is No More
Nothing found :(
Try something else