You are using an outdated browser. Please upgrade your browser to improve your experience.
by Bryan M. Wolfe
November 14, 2011
During most of 2011, Apple was actively working on an iPhone prototype that many dubbed the iPhone 5, with its 4” screen and vastly different form factor. Eventually, as we now know, Apple instead released the iPhone 4S, which looks exactly like its predecessor, the iPhone 4 except with improvements under the hood. So what happened to the iPhone 5? According to Business Insider, Steve Jobs killed off the handset just months before Apple was going to announce it. The reason? He thought it would “fragment” the company’s iPhone line, much like the many Android handsets fragment Google’s mobile operating system. Do a search on Google for “iPhone 5” and you’ll find hundreds of stories about Apple’s rumored handset that never arrived. Each story began and ended with the same specifications – bigger screen, thinner form factor, improved camera, and a different Home button. Assuming Business Insider’s source is correct (and by their own admission there is only one source for this story), these iPhone 5 rumors were absolutely correct. In fact, in addition to the previously mentioned specs, the iPhone 5 was also to include a 10-megapixel camera, a “nicer screen with better colors,” and be available in multiple colors using its “liquid metal” technology. Finally, the handset included an aluminum back (like the iPad 2). While there is no way to confirm the details of this report, it does make a lot of sense especially when you consider the timeline. When Steve Jobs announced iOS 5 in June, I believe his intention was to release an iPhone 5 in September. However, sometime soon after this announcement, the handset was killed. Couple this with Jobs’ subsequent retirement and declining health and we were left with the iPhone 4S, which didn’t actually arrive until October. My expectation is that the iPhone 5 will eventually see the light of day. Most likely, it will be unveiled sometime in 2012 and look very much like the design that was floating around for much of this year. Stay tuned. 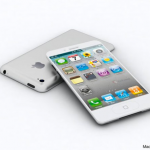 The iPhone 5 And Why It Never Arrived

The iPhone 5 And Why It Never Arrived
Nothing found :(
Try something else