You are using an outdated browser. Please upgrade your browser to improve your experience.
by Bryan M. Wolfe
December 12, 2011
Apple, moments ago, announced the App Store now offers over 500,000 apps. In addition, the Cupertino, California-based company announced that there has been 100 million apps downloaded from the Mac App Store in less than a year. 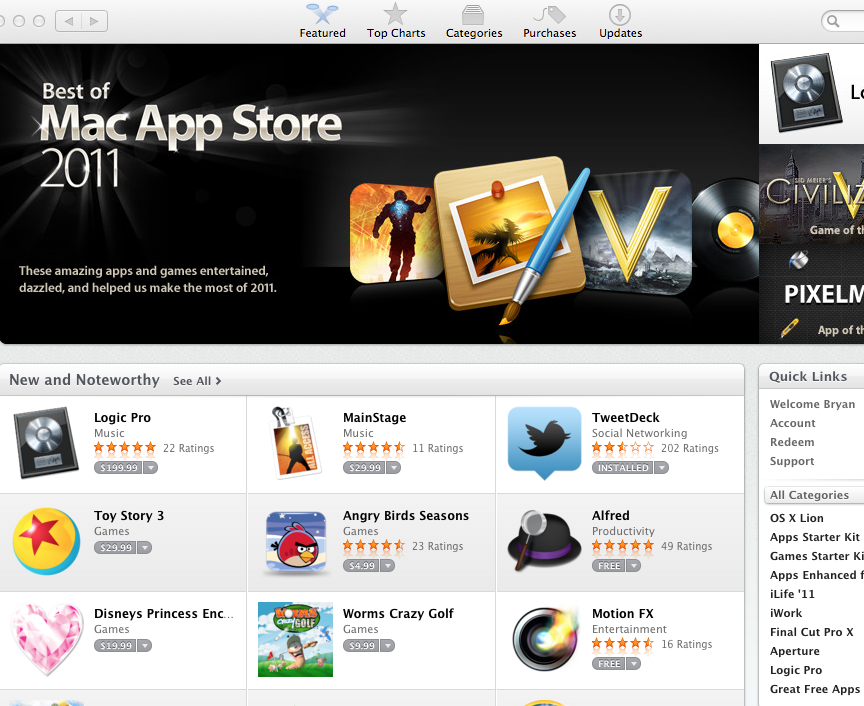 CUPERTINO, California—December 12, 2011—Apple® today announced that over 100 million apps have been downloaded from the Mac® App Store™ in less than one year. With thousands of free and paid apps, the Mac App Store brings the App Store experience to the Mac so you can find great new apps, buy them using your iTunes® account, and download and install them in just one step. Apple revolutionized the app industry with the App Store, which now has more than 500,000 apps and where customers have downloaded more than 18 billion apps and continue to download more than 1 billion apps per month. “In just three years the App Store changed how people get mobile apps, and now the Mac App Store is changing the traditional PC software industry,” said Philip Schiller, Apple’s senior vice president of Worldwide Marketing. “With more than 100 million downloads in less than a year, the Mac App Store is the largest and fastest growing PC software store in the world.” “With Autodesk products in both the App Store and Mac App Store, we can reach hundreds of millions of Apple users around the world,” said Amar Hanspal, senior vice president of Platform Solutions and Emerging Business at Autodesk. “With our free AutoCAD WS and the more powerful professional drafting tools of AutoCAD LT, we’re using the Mac App Store to deliver new products and reach a growing base of new Mac customers.” “The Mac App Store has unparalleled reach and has completely transformed our distribution and development cycle,” said Saulius Dailide of the Pixelmator Team. “Offering Pixelmator 2.0 exclusively on the Mac App Store allows us to streamline updates to our image editing software and stay ahead of the competition.” “In less than one year we’ve shifted the distribution of djay for Mac exclusively to the Mac App Store,” said Karim Morsy, CEO of algoriddim. “With just a few clicks, djay for Mac is available to customers in 123 countries worldwide. We could never have that reach through traditional channels.” The Mac App Store offers thousands of apps in Education, Games, Graphics & Design, Lifestyle, Productivity, Utilities and other categories. Users can browse new and noteworthy apps, find out what’s hot, see staff favorites, search categories and look up top charts for paid and free apps, as well as user ratings and reviews. The Mac App Store is included with Mac OS® X Lion and is available as a software update for any Mac running Mac OS X Snow Leopard®. For more information visit, www.apple.com/mac/app-store. Mac developers set the prices for their apps, keep 70 percent of the sales revenue, are not charged for free apps and do not have to pay hosting, marketing or credit card fees. To find out more about developing for the Mac App Store visit, developer.apple.com/programs/mac. Apple designs Macs, the best personal computers in the world, along with OS X, iLife, iWork and professional software. Apple leads the digital music revolution with its iPods and iTunes online store. Apple has reinvented the mobile phone with its revolutionary iPhone and App Store, and has recently introduced iPad 2 which is defining the future of mobile media and computing devices.

The Mac App Store debuted on January 6. The App Store arrived in July 2008. 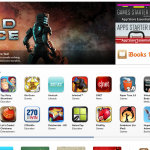 Apple Announces 500,000 Apps Now Available In App Store
Nothing found :(
Try something else