You are using an outdated browser. Please upgrade your browser to improve your experience.
by A.T. Faust III
December 4, 2011
As part of its ongoing patent infringement case against Samsung, Apple has offered the Korean tech giant a list of ways its allegedly infringing mobile wares could be constructed without incurring Apple's wrath. Why? Matt Macari of The Verge explains:

In litigation, a patent owner has to specifically define, and thus somewhat limit, what its design patent covers, and often has to use those definitions to rebut arguments from the alleged infringer.

Apple's chosen this route primarily due to Samsung's rather uninspired assertion that it, as stated by Macari, "had no other realistic design options available" in bringing its Galaxy S, Infuse, and Galaxy Tab 10.1 devices to market. But, as silly as Samsung's rebuttal sounds, the "alternative" design cues Apple's postulated for its competitor seem equally stupid. For phones, Apple suggests Samsung create products with the following traits: The tablet list is equally absurd: Look, I'm a die-hard Apple fan and am quick to defend the company in such disputes if I feel its case is obvious or its arguments logical and persuasive. That's why this particular conflict is so curiously head-scratching. I've said it before: The matter is pretty cut and dry, and Samsung undoubtedly aped Apple with this handful of mobiles (and their custom UI). Yet, Apple's lawyers are having a decidedly difficult time focusing on the obvious, and they aren't helping their cause by telling a court its rivals should just release heaps of beige, non-rectangular, bedazzled, fat-framed garbage. Almost every smartphone and tablet on the market is a thin, black, rectangular slab, and Apple's patented "trade dress" wasn't awarded on those merits. After all, certain allowances must be made as technology almost always evolves with a general, industry-wide sameness. Come on, Apple. Get it together, and keep it simple. Because, if you don't, there'll be a whole lot more where this came from. 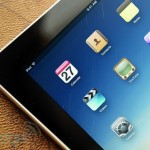 Apple Dropping The Ball In Samsung Patent Infringment Case
Nothing found :(
Try something else