You are using an outdated browser. Please upgrade your browser to improve your experience.
by A.T. Faust III
December 7, 2011
Siri UI manager Dan Keen has taken to Twitter to promote a pair of job openings in his department at Apple. The listings (located here and here) seek experienced iOS software engineers, asking of potential applicants:

Want to make the next big thing even bigger? Want to do the impossible? Want to be constantly challenged into accomplishing things you know are beyond your reach?

Though somewhat different in scope, both listings make clear reference to the upcoming (or, perhaps, ongoing) development of a Siri API. Statements that the newly-hired employees will focus their work on "strong API design...to keep communications ideal" and that they must have "the ability to formulate and support a clear API" are telling of the digital assistant's near-term future. However, warns 9to5Mac,

the above description doesn’t necessarily mean Apple will in fact open up the Siri API to third-parties [right away] – they could keep it private until they smooth out the rough edges and remove the beta tag.

There's little question that, sometime down the road, the service will be made available on a broader scale. But, if Siri's still kept device-specific, Apple better have quite the marketing plan in place. After all, opening her up to third-party apps would be an amazing value-add for iOS, but--if Siri's not available across (most of) Apple's family of iDevices by then--the App Store will suffer tremendous fragmentation as scores of frustrated users cry foul. Here's hoping Apple's new blood can help pump Siri up! [Lead image: an awesome pun.] 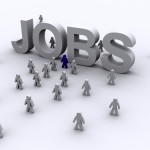