You are using an outdated browser. Please upgrade your browser to improve your experience.
by Susan Megrund
December 14, 2011
Have you ever been out with friends and felt stumped trying to think of a good joke? Are you frustrated because you have a hard time recalling a funny joke that you recently heard? The new iOS app Joketastic by CodeGoo can help. 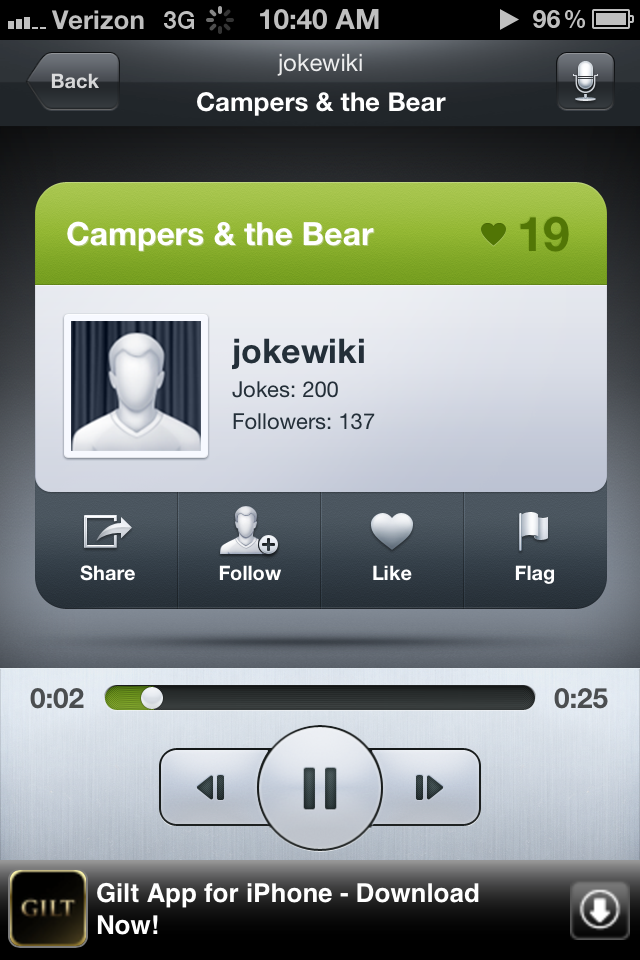 Joketastic provides several categories of jokes to choose from, such as: blonde, animals, elderly, dirty and more. You can also record a great joke, which will be stored for you and others to listen to. You can follow some of your favorite joke tellers and see what’s hot with Joketastic's built-in social network. 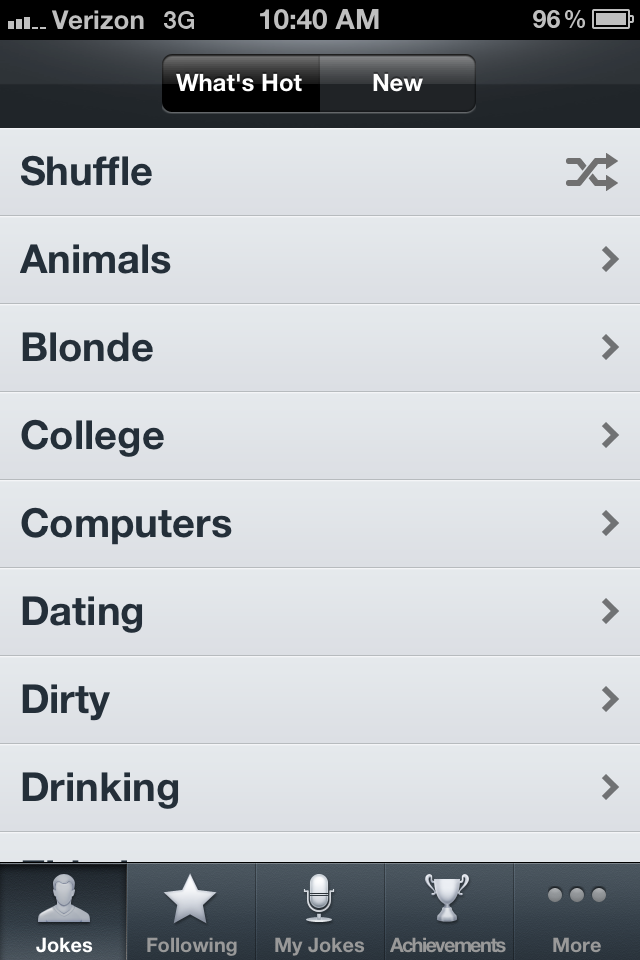 If you don’t want your voice to tell the joke you record, you can use one of the built-in voice distortion filters to change how you sound. This can also add some nice effects to your joke. 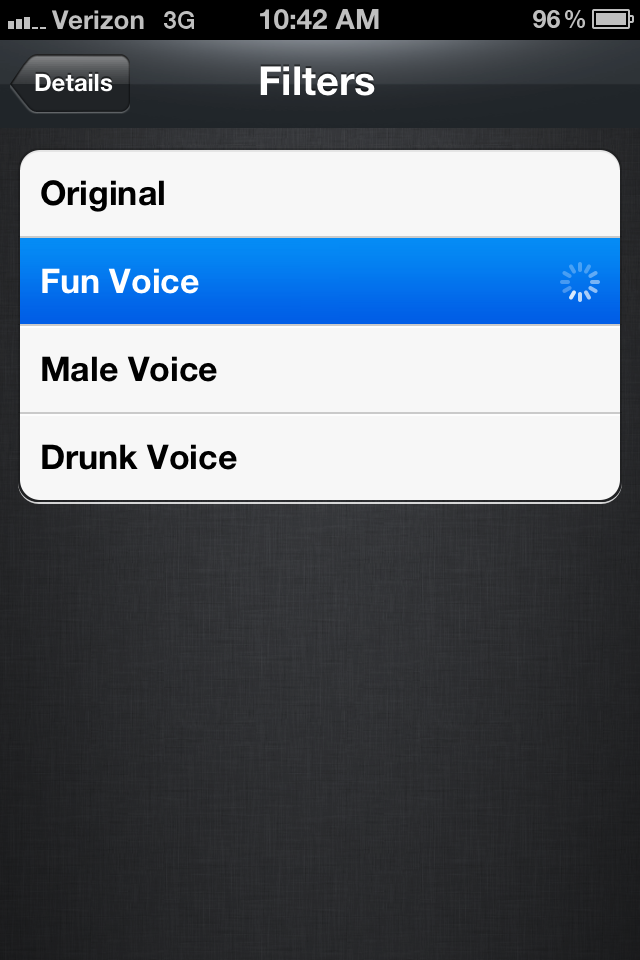 There are some limitations to the app depending on the device you have. The iPhone 3G does not support voice recording and the voice distortion features are not supported on the iPad 2. I personally had a hard time getting the filters to work on my iPhone 4S as well. Hopefully an update will allow the full use of all the features on all iOS devices. Joketastic is a great tool for anyone who enjoys jokes. Not only can you recall jokes from your device, you can also post them to Twitter or Facebook as well as share them via email. Plus, no joke, the app is free! 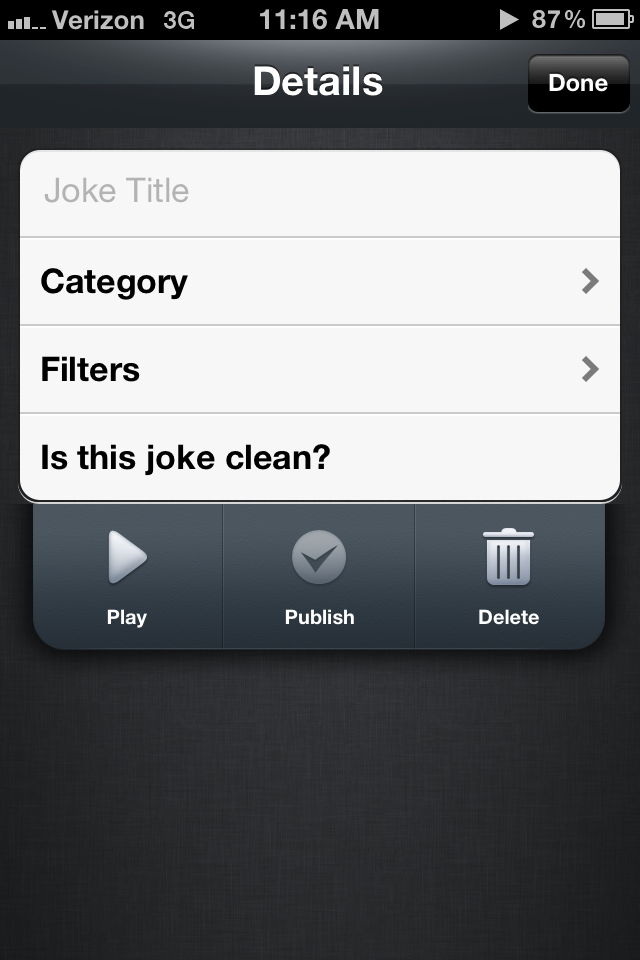 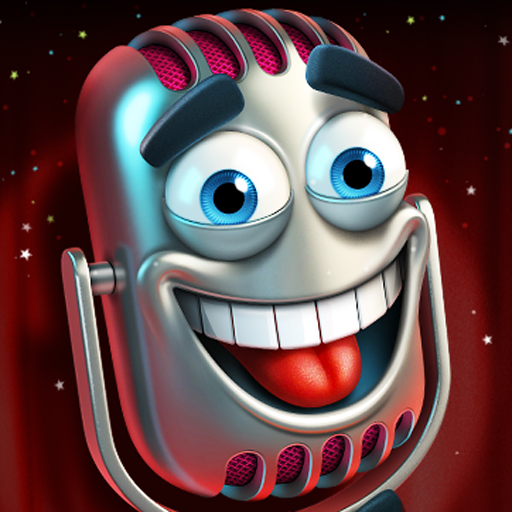