You are using an outdated browser. Please upgrade your browser to improve your experience.
by Greg Young
December 9, 2011

Kick the Buddy ($0.99) by AppZap is an interactive game where users can relieve their stress.

The entire game is based around a clever rag doll filled with remarks; this is the user’s “buddy.” The game allows users to paste a picture of their favorite face onto their buddy or just leave it set to the default skin.

Once users have customized their buddy they can begin to torture and manipulate it to their liking. You don’t have to be sick in the head to get a kick out of this app, but a more conservative audience probably won't appreciate it. 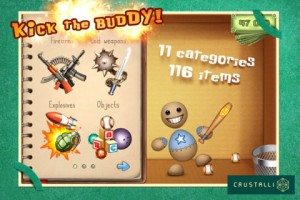 The entire premise of the app lies behind the red tab in the top left corner, in this menu users will find all the of the options and objects the game offers. The first thing I noticed is the array of weapons that can be used. All types of explosives and firearms, however only a few came unlocked, the rest must be purchased with in game currency or as in-app purchases.

That aspect is rather disappointing and the game would be more enjoyable if they were all unlocked to start with. Kick The Buddy comes in a free and paid version; there isn’t anything more irritating than paying for an app that then asks you to pay more money to enjoy all of its features.

The game uses a rag doll effect as well as the gyroscope to incorporate gravity into the app. When tilting the device in any direction it will cause the user’s buddy to fall that way. This can be especially useful when booby trapping the entire box with explosives and harmful objects, or if you just feel like vigorously shaking your buddy around.

If you’re not into torturing animated little dolls with a picture of your boss plastered on it, there are also plenty of nonviolent, though less entertaining, things users can do. These include decorating the box with a change of scenery and furniture, or putting your buddy on a skateboard and rolling him around.

Overall, Kick the Buddy is quite an interesting app with a huge selection of things to choose from. Whether you want to plant land mines all over the place or sit your buddy on a sofa, anyone can find something enjoyable to do in this app. Be sure to check it out in the App Store and also check out their new Episodes (seasonal) edition. 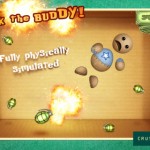 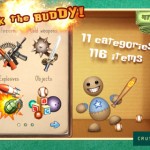 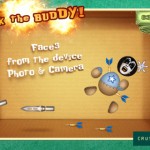 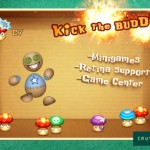 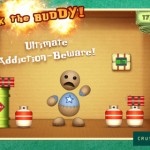 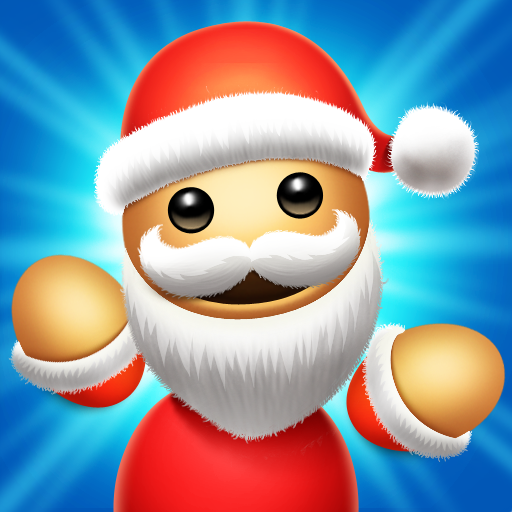 Torture Your Buddy To Death In Kick The Buddy

Torture Your Buddy To Death In Kick The Buddy
Nothing found :(
Try something else