You are using an outdated browser. Please upgrade your browser to improve your experience.
by Christine Chan
December 6, 2011

TETRIS® ($0.99) by Electronic Arts is a re-imagined version of the classic that everyone knows and loves.

When you launch this new Tetris, you’re greeted with fancy new graphics and three game modes. However, before you start anything, I would highly recommend that you sign in to your Origin account, which is EA’s server for saving account data such as saves and ranks. Otherwise, your data won’t be saved (and those rankings can take a while to build back up!). The only negative thing about this is the fact that for your data to be saved, you are required to have a working Internet connection. 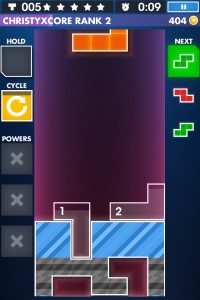 The graphics for Tetris are new and welcome, though I do miss the old, classic look that I remember from the days of yore. These visuals are also optimized for Retina displays, so they do look nice and crisp on the iPhone’s amazing screen.

This “new” version of Tetris for iPhone includes three game modes: One-Touch, Marathon, and Galaxy. Arguably, Marathon is the best, because it’s the outstanding mode that never gets old. Tap on the screen to rotate the Tetrimino, swipe left and right on the screen to move it, and drag your finger down the screen to instantly drop the block into place. You also get the classic 8-bit soundtrack – perfect!

One-Touch is a new way to play Tetris with one hand on your iPhone. It is the same as Marathon mode, but now you can stack the Tetriminos with just one tap of your finger. As each block comes in, the game screen will show you several options for placing the block. Tapping on that option will drop the block in place. What if you don’t like any of the current placements? Tap anywhere on the game screen (except the current placement options) to rotate the Tetrimino, and you will get a new set of placements. You’re only given a certain amount of time to place each block though (as noted by the “Cycle” in the game’s sidebar), which you can see ticking away in each placement option.

While this is a good way to play Tetris with one-hand, I found it to be frustrating at times. The most frustration was when I actually wanted to rotate the block, but accidentally tapped on one of the placements instead, thus ruining my entire formation. It can also take a bit of cycling through rotations until you find the placement that you actually want, at which point it would have been faster to play the normal Marathon mode. It’s still a nice mode to have around if you can’t play the game with two hands.

Galaxy Mode is a new mode in which you must place Tetriminos into the planet surface below and clear it out. You must clear each planet before moving on to the next one, and there is a certain sequence of blocks for each. To clear out the planet “core,” you will have to keep clearing lines. Doing certain moves will earn you stars (up to five) at the end of the level. As you progress through Galaxy mode, you will encounter power-ups that will help you in clearing out lines and earn you five stars, which will get you coins.

However, to use the power-ups, they will cost you coins (and sometimes it’s needed to get the five stars). Of course, like most other games nowadays, players will have the option to buy coins with real cash. Coins are also obtained by playing games, but this is a slow method, trying to persuade to you to buy the coins.

The biggest new “feature” of the new Tetris is probably the addition of the “T-Club,” which is either $2.99 a month or $29.99 for a year membership. That’s right – a subscription plan for Tetris. These memberships will earn you more coins and lines in your games, giving you some kind of “advantage.” It’s a ridiculous way for a big development company to get more money, and I’d be surprised if anyone actually subscribes to this ($30 a year to play Tetris? Really?). 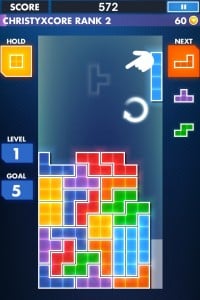 The Origin account will keep track of your rank in Tetris and all of your stats. Unfortunately, there is no separate Game Center integration, so there aren’t leaderboards to compare and achievements to get. Hopefully that can be changed in the future. If you have friends that also have Tetris though, you can challenge them and show off (Tetris bragging rights are always nice to have) through Origin.

While I’m enjoying this version of Tetris, I still find it silly that this was not an update for owners of the previous version. However, if you did not yet have Tetris, then this is a pretty good game for a dollar.

I do have to take some stars from this review though, just because of that absurd subscription model. Money can be spent on better things every month or year rather than Tetris. 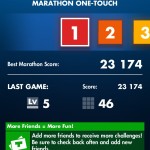 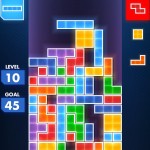 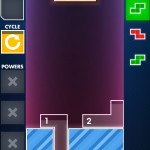 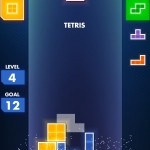 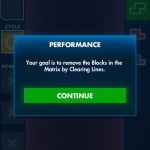 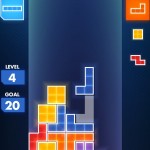 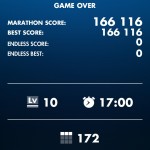 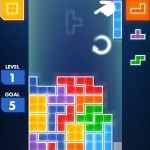 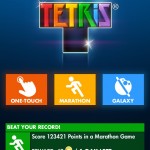 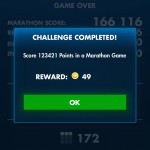 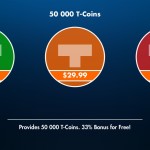 Tetris For iPhone Gets Revamped

Tetris For iPhone Gets Revamped
Nothing found :(
Try something else