You are using an outdated browser. Please upgrade your browser to improve your experience.
by Bryan M. Wolfe
December 4, 2011
Siri’s apparent pro-life stance seems to have been short-lived. Just days after it was discovered that Apple’s voice recognition software on the iPhone 4S couldn’t find nearby abortion clinics, the oversight seems to have been corrected. On Thursday, A.T. Faust III explained that organizations such as the ACLU and NARAL were furious when it was uncovered that Siri either wouldn’t locate, or pointed users to crisis centers, when asked to find the nearest place to have an abortion. However, a quick check tonight suggests this is no longer the case. For example, Siri today found the nearest abortion clinic to me in Pennsylvania. She also found a similar facility in Florida (when I asked her to find the nearest abortion clinic to me that was located in the Sunshine State). However, similar searches made for a location in or around Los Angeles and San Francisco remained “unknown.” It appears Apple got the message and sometime between Thursday and today started adding abortion clinic locations to its Siri database, at least for some places. Most likely Apple’s move will quiet those that felt Siri took one position over another on a very controversial issue. 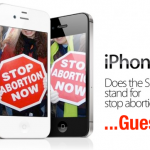 Siri's No Longer Pro-Life, Or So It Seems

Siri's No Longer Pro-Life, Or So It Seems
Nothing found :(
Try something else