You are using an outdated browser. Please upgrade your browser to improve your experience.
by Jamie Young
January 11, 2012
It’s been reported that Apple was going to buy an Israeli flash memory firm. Well, they have finalized their acquisition and the purchase has been confirmed: Apple now owns Anobit, the producers of a flash memory drive. Anobit is said to have been worth over $500 million. They have already been contributing parts to Apple products. The acquisition by Apple should lessen the company’s dependence on parts from a third party. Apple seems to be moving in on Israel. They already hired Aharon Aharon, a technology veteran from Israel, and they seem to be laying a foundation for a product development center there. Steve Dowling, the company spokesman, confirmed the deal, but reminded us that Apple does not discuss their intentions. And we all know too well how secretive Apple can be, don’t we? (via The Next Web) 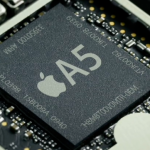 Apple Acquires Anobit And Is Definitely Interested In Israel

Apple Acquires Anobit And Is Definitely Interested In Israel
Nothing found :(
Try something else