You are using an outdated browser. Please upgrade your browser to improve your experience.
by Jamie Young
January 3, 2012
We keep hearing rumors about an iPad 3 and a new Apple television, so, of course, we’re waiting for a big event to address these new shiny devices we can’t wait to get our hands on. We’re waiting patiently — let’s be candid, more impatiently — to know what we can expect. Well, as AllThingsD reported, Apple is holding an event in New York near the end of this month — but it doesn’t seem to be about any new hardware. You’d think if it were an announcement of a new iPad, or brand new TV, Apple would hold it more close to home. AllThingsD also claims that their sources are emphasizing the fact that this event is not for new hardware releases, but more than likely about something media related. This is mainly because Apple’s head of Internet Services and Software, Eddy Cue, is said to be a part of this event. Not to mention, Cue is in charge of the iAd department which has an office in New York. But, let’s be honest: when it comes to Apple, who knows. Apple tends to be very secretive, so although we all like to assume we know which information is valid, and which is just, well, rumor, we can never really know for certain what they’re up to. Does anyone else feel strange about Apple events now? I feel like I don’t know what to expect anymore without Steve. How does this all work without him, exactly? What do you think will be announced, if anything, in January? Let us know what you think — besides the fact that you hate rumors — in the comments below. 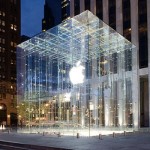 Apple Event To Be Held In New York City At The End Of January
Nothing found :(
Try something else