You are using an outdated browser. Please upgrade your browser to improve your experience.
by Lenny Liang
January 5, 2012
As first reported in Bloomberg Businessweek, Apple has hired Todd Teresi who was Adobe's media solutions vice president. According to GigaOm, Teresi has been named vice president of iAd and began working Tuesday under Eddy Cue,  Apple's senior vice president of Internet Software and Services. Teresi brings extensive marketing and advertising experience to Apple's table. The iAd Network is a mobile advertising platform, which allows third party developers to directly embed ads into their apps. It grew out of Apple's acquisition of Quattro Wireless to become a promotional tool for both brands and developers. Although Apple has been known to criticize Adobe's products, it clearly has no problem plucking its executives. While iAd has struggled in the past, the acquisition of Teresi may be just what Apple needs to jump-start its mobile advertising efforts. 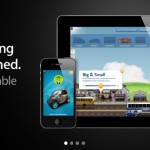