You are using an outdated browser. Please upgrade your browser to improve your experience.
by A.T. Faust III
January 17, 2012
Apple's newest round of published patents, summarily introduced and explained by Patently Apple just last week, includes an intriguing approach to pseudo-3D. Utilizing cameras, accelerometers, and gyroscopes, Apple's imagined a future iOS interface designed to mimic 3D as a user's vantage point shifts in relation to screen position. The concept is nothing new, and it differs drastically from the autostereoscopic technology seen in devices like Nintendo's 3DS. For those of you familiar with the old Holo Toy app, the effect is largely the same. To turn such flair into an effective mobile space, however, Apple's added some new input tech to the proposed navigational framework. Says Patently Apple (emphasis added):

In some implementations, the display environment could be changed based on gestures made a distance above a touch sensitive display that incorporates proximity sensor arrays.

Other features include orientation-specific views, a helpful "snap-to" effect, and more. Diagrams are discussed in the original Patently Apple post, though the following picture is pretty indicative of what the engineers in Cupertino have in mind. 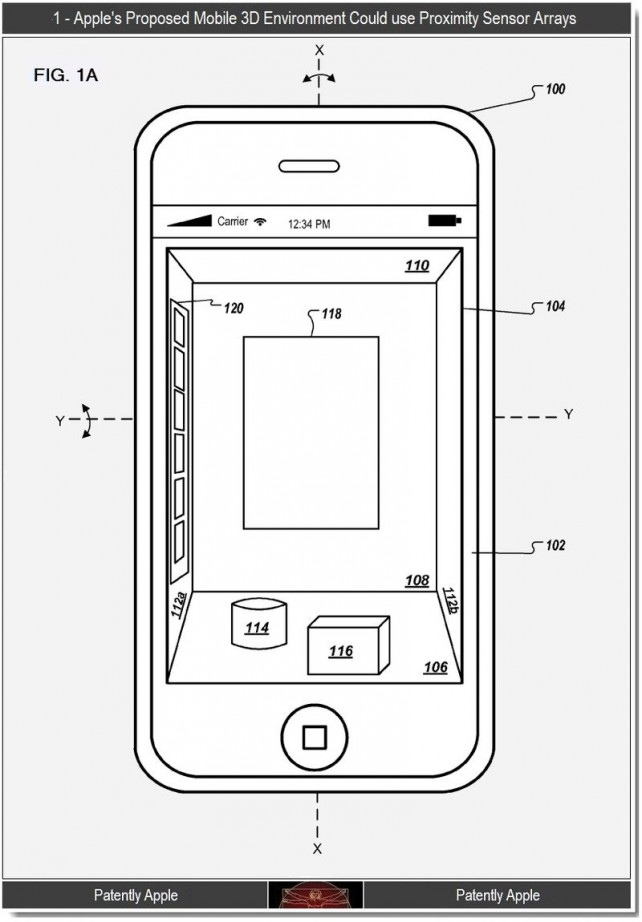 This Holo Toy video should help explain things further: Here's another similar app, i3D, in action: Personally, I'm not sure there's much of a need for (or any inherent enhancement in) this particular approach. Like most patents, these probably won't ever see the light of day. However, we wouldn't be surprised to find these ideas within various Kinect-influenced navigation options for Apple's rumored "iTV." [Lead image: blog.laptopmag.com] 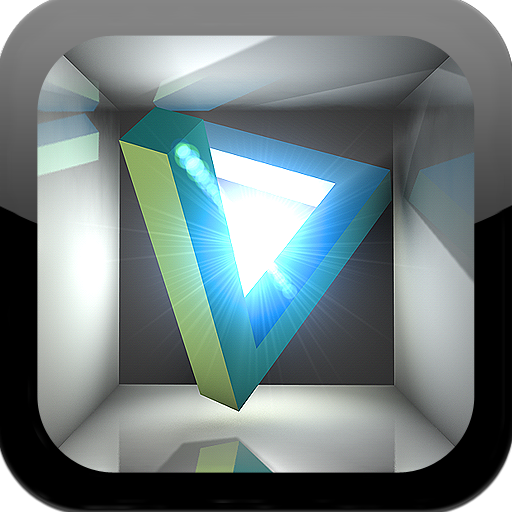 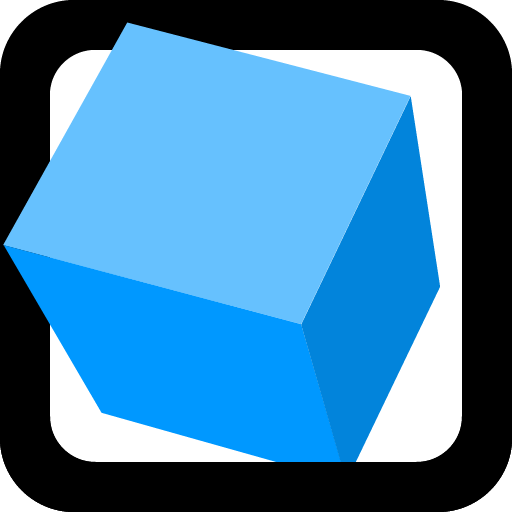 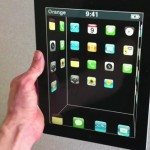