You are using an outdated browser. Please upgrade your browser to improve your experience.
by Jamie Young
January 14, 2012

On Friday, Bloomberg reported that the iPad 3, purportedly to be released in March, will have a quad-core processor (A6), a high definition display (most likely Retina), and run on LTE networks.

The company’s manufacturing partners in Asia started ramping up production of the iPad 3 this month and plan to reach full volumes by February, said one of the people, who asked not to be named because the details aren’t public. The tablet will use a quad-core chip, an enhancement that lets users jump more quickly between applications, two of the people said.

I know I can’t wait to get my hands on one of these babies; that's why I really didn’t want to wait until March. But, who knows, maybe we will get it earlier. We’ll keep you posted.

How about you — will you be buying the next generation iPad upon its release? 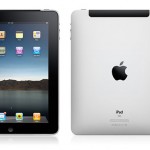 Production Of The iPad 3 Begins: A6, LTE And Retina Display Rumored

Production Of The iPad 3 Begins: A6, LTE And Retina Display Rumored
Nothing found :(
Try something else