You are using an outdated browser. Please upgrade your browser to improve your experience.
by A.T. Faust III
January 11, 2012
CES is full of surprises, and, though the world's most valuable and well-known technology company isn't actually attending the event, there's a lot we can project about Apple during these three days in Las Vegas. Because of iOS' profitable popularity in the mobile space, a number of companies have taken to the show floor promoting all kinds of iDevice add-ons and accessories.  Of course, the heart of CES seems to be the more standard electronics fixtures, like speakers, home theater receivers, Blu-ray players, projectors, and televisions. Regarding the latter, though, Apple's expected to blur that line of industrial competition when the Cupertino company introduces its unified HDTV solution sometime this upcoming year. And, as most analysts and enthusiasts expect Siri to be at the navigational core of whatever TV Apple introduces, the company behind that voice-based wizardry -- Nuance Communications -- has gone and given the field a decided head start.  Announcing its Dragon TV platform today, Nuance has made available its newly-developed, universally-compatible voice control framework to all TV and set-top box manufacturers. As a sort of generic, back-end API, Nuance is looking to license the tech to various companies that are, in theory, lagging behind Apple's potentially groundbreaking curve. Nuance's press release  highlights some of our most familiar and straightforward "iTV" expectations (via Engadget):

...Dragon TV creates the "lean-back experience" consumers demand, with the ability to easily find content by speaking channel numbers, station names, show and movie names. People can even search for content by actor and genre – and stay connected via Twitter, Facebook and Skype. ... For instance, people can say: "Go to PBS" "What's on Bravo at 9 p.m. tonight?" "When is Ellen on?" "Watch Dexter on DVR" "Find comedies with Vince Vaughn" "Play David Guetta on Music Choice" Dragon TV also makes it even easier to stay connected from the couch leveraging the unique messaging and social media capabilities that today's digital TV OEMs and operators offer, such as email, messaging, Twitter, Facebook and Skype. For instance, people can say: "Send message to Julie, 'Old School is on TBS again this weekend – super excited'" "Send update to Facebook, 'Anyone else looking forward to Celebrity Wife Swap?' "Call John via Skype" and be talking in no time.

Okay, that's cool.  But, knowing Apple's predilection for planning (and its probable reticence at alienating another valuable partnership), it's safe to say this Dragon TV outline probably won't encroach much on what Apple's engineers have planned for any upcoming Siri-based set. Apparently, Nuance's entire (and intentionally basic) approach seems aimed at providing all the appropriate tools while leaving their nonstandard implementation up to each particular company.  For Apple fans (and those of us hoping for an iOS-based premium TV), this doesn't make moot (or even actually lessen) the company's potential in the home theater space. Whatever Apple releases will be a far more integrated experience than any simple voice interaction. Think of it like the Hemingway iceberg: Voice control is but the bit at the top. The real meat of the system is all what's below.  For Apple's competitors, Nuance is taking a guess and providing a cosmetic cover-up -- a marketing push aimed at keeping alive a semblance of feature parity should Apple take the segment by storm. It'll be easier and cheaper for the likes of Samsung and Sony and LG and Vizio to license Nuance's tech than to be caught off guard (and, as with tablets, have to play catch up), and Nuance won't be risking its lucrative Apple partnership because Dragon and Siri are far from the same thing. With the former, TV makers and service providers basically get a limited set of functions, adding voice control to their traditional channel guides and remote input setups. With the latter, Apple's options are infinitely more integrated, and Siri will represent the founding framework for all system interactivity.   Still, competition is a good thing, and Nuance's CES announcement simply adds fuel to the speculative fire that is "iTV." Short of Apple announcing the set themselves, this seems to be a promising indication that the market expects Cupertino to come in swinging -- and Siri to come in singing.  Who knows? Maybe this time someone can put up a fight. 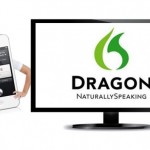 Siri On Standby As Nuance Brings Voice Control To All Major TV Players
Nothing found :(
Try something else