You are using an outdated browser. Please upgrade your browser to improve your experience.
by A.T. Faust III
February 22, 2012
The New York Times is reporting (via its Bits blog) that California Attorney General Kamala D. Harris has reached an agreement with tech heavyweights Amazon, Apple, Google, HP, Microsoft, and RIM to step up their collective privacy efforts. The measure, while basic in scope and simple (if inconvenient) to implement, comes with severe penalties for the aforementioned companies and third-party app developers should they fail to adhere to the rules in good faith. Says Bits,

The agreement will force developers to post conspicuous privacy policies detailing what personal information they plan to obtain and how they will use it. It also compels app store providers like Apple and Google to offer ways for users to report apps that do not comply. In a statement, the attorney general’s office said developers who did not abide by their own privacy policies would face prosecution under California’s Unfair Competition Law and False Advertising Law.

Of course, it's important to note that these guidelines are only enforceable in California. Still, it should offer a quick, easy rubric for other states to follow, and we expect that to indeed be the case. In the meantime, Path's misstep will continue making its way through the court of public opinion, while Google's faux pas has landed it in the regular kind. 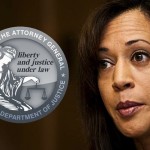 California Attorney General Strikes Privacy Deal With Apple, Others
Nothing found :(
Try something else