You are using an outdated browser. Please upgrade your browser to improve your experience.
by Juli Clover
February 17, 2012

Beat Sneak Bandit ($2.99) by Simogo features a unique blend of rhythm and stealth gameplay. That may sound like an odd pairing, but much like pickles and peanut butter, it’s a delicious combination.

The game, which is brought to you by the brilliant mind behind other great titles like Bumpy Road and Kosmo Spin, makes me wonder why we’ve never seen a rhythm stealth puzzler before. Beat Sneak Bandit is beautifully crafted, from its mid-century graphics to its expertly designed, musically enhanced levels.

The premise is simple. The evil Duke Clockface has absconded with all of the clocks, leaving the world in chaos. What a meanie head, right? It’s up to you to help the Beat Sneak Bandit break into the manor and steal them all back without getting caught, which you’ll do by tapping to the beat to sneak past flood lights, guards, moving platforms, and other obstacles. 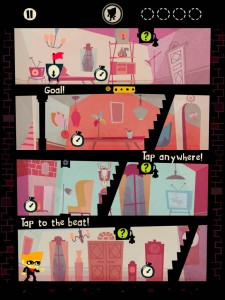 I’ve never played a game quite like Beat Sneak Bandit, and let me tell you, it’s amazingly fun. You’ll need to crank up the volume on your iDevice and get used to the beat on every level before proceeding, because you can only walk forward if you tap on cue. If you can’t play with sound, there’s also a beat indicator at the top of the screen.

Your froggy friend Herbie serves as a guide to help you along, and he’ll introduce you to new game elements as you progress through the levels. It starts with simple rhythmic tapping to move, but soon, you will need to avoid level-ending hinderances like guards and lights, a task that quickly becomes complicated.

There are bonus clocks to collect on each level, which will unlock a super secret game area. You can only snag these if your rhythm is perfect, but luckily, the loss of a clock is the only penalty for mis-tapping. Since some levels can be frustrating, Herbie will encourage you to skip a level after three tries and come back to it later. Because of this, you’ll always be able to progress, no matter what your skill level is. 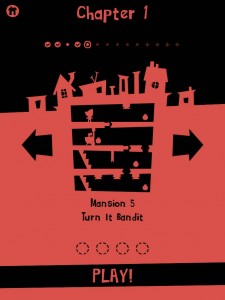 As in any rhythm game, the music in Beat Sneak Bandit is important, and of course, it’s as well thought out as the rest of the game. Though the music ranges from electronic to funk, there’s always a good beat, peppered by the sounds of other gameplay elements like moving trapdoors and flashing lights.

While there tends to be an excessive amount of waiting in Beat Sneak Bandit (you need to wait for lights to turn off and guards to move), the music and the continually shifting environment keep the pauses from becoming tedious.

With 40 main levels, 16 hidden levels, and 20 achievements, there’s plenty to do in Beat Sneak Bandit, and at just $2.99, this completely original game is a fantastic deal and a must buy. 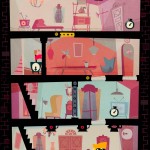 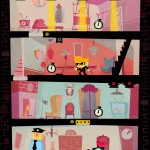 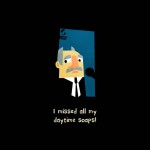 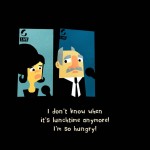 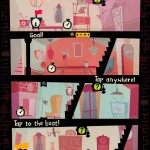 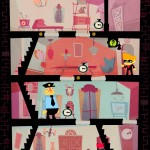 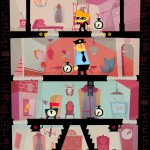 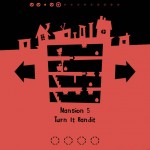 Beat Sneak Bandit: Rhythm And Stealth Are A Match Made In Heaven

Beat Sneak Bandit: Rhythm And Stealth Are A Match Made In Heaven
Nothing found :(
Try something else