FANTASYxRUNNERS ($0.99) by moonrabbit is another endless runner game. However, what sets it apart from others is the RPG element. Pick from different characters, and run and attack your way through each level! It’s definitely a must-have.

If you have played any other endless runner game ever made, then you already know how the gameplay goes in FxR. Your character will be running through a continuous scrolling world, and there will be obstacles and baddies in the way. There are two buttons on the bottom – the one on the left allows you to jump and double jump, while the one on the right allows you to attack. 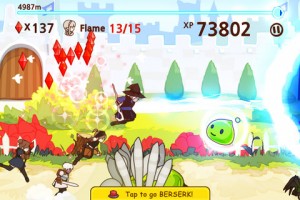 You will start out with the Fighter, who is basically just your typical sword-wielding hero. Nothing too exciting, as he is just a melee based fighter. You won’t be able to kill your enemies from afar, so make sure that you hit that attack button when you are coming up on an enemy. If you don’t kill it, you’ll run into it, and then it’s game over. If you don’t jump when you’re supposed to, you’ll fall to your death too. Oh, and watch out for those spiky things that you’ll encounter every so often – jump over them or smash them, or else it’s game over. And since this is going with the RPG theme, we can’t forget about the awesome bosses that appear at the end of each level.

Each kill will count towards your combo – the higher the number, the better your score. You will also see a progress bar at the bottom – once this fills up, you will be able to enter Berserk mode, where you are invincible for a brief amount of time and destroy anything in your way).

As you run and crush your enemies, you will encounter red gems, called rubies (no, not rupees, like in Zelda). These are the game’s currency, and you can use them to purchase more heroes. There’s bow-wielders, spellcasters, and other melee classes to obtain, each with their own strengths and weaknesses. There are also big rubies that will give you five at once, as well as providing you with another character as an ally, and they serve as a "life" (you can have up to four of them at once).

However, you may notice that the cost of more characters is pretty high, and enemies will drop only a few at a time (and then you have to actually collect them before it’s too late). So how do you accrue a lot of rubies at once?

The answer is simple. Since this is an RPG runner, there are quests. You will see the quest at the beginning of each run, and they will range from doing a certain amount of combos to a certain number of jumps, killing a ton of monsters to laying waste to a specific kind, and more. Once you successfully complete a quest (if you die, you start over on that quest), you will be rewarded even more rubies. So whatever you do, try and focus on doing the quests, as this will be the fastest way to accumulate those precious rubies.

You’ll be able to see your distance at the top, as well as your score (called XP). Personally, I am too busy focusing on the game itself to notice those stats, so I always ended up surprised when I saw my final score. I’m sure you’ll also be too busy hacking and slashing those slimes and goblins to notice as well.

Once you reach 1000m on a level, you will be transported to another level. It's like Monster Dash, where you end up on a different setting with various monsters to kill. In FxR, there are a total of five different stages, though it's actually pretty hard to go through all five in one run (for me, anyway). 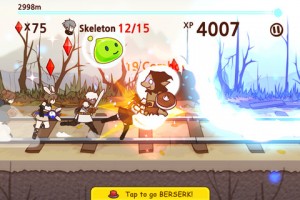 There is also Game Center support for leaderboards in six categories, as well as achievements. This alone makes it worth replaying

The art style is very unique, and it’s 2D on 3D-like backgrounds. I absolutely adore the graphics, as I believe they are a huge part of what makes this game great. The adventurous music is pretty epic too, since it adds to the RPG feel. I also found the voices that come from each of the characters to be adorable, and add more personality to the game than your other endless runner fare.

My favorite classes to use are the ones that can attack from afar – this way, I can just keep spamming the attack and more than likely not run into the enemies while moving. Of course, there are drawbacks too, such as your arrows missing and you run into an enemy (the arrows are fired in a curve).

If you are a fan of either endless runners or RPG games, then this is definitely a must-have for your iOS collection. For a dollar, the app is also universal, which sweetens the deal.

Now, if you’ll excuse me, I have more rubies to earn to obtain that Princess character… 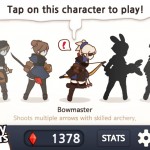 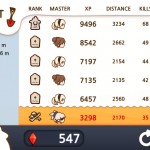 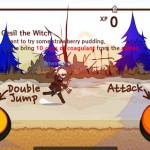 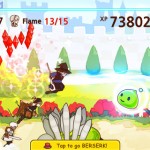 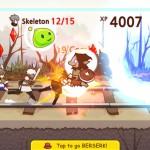 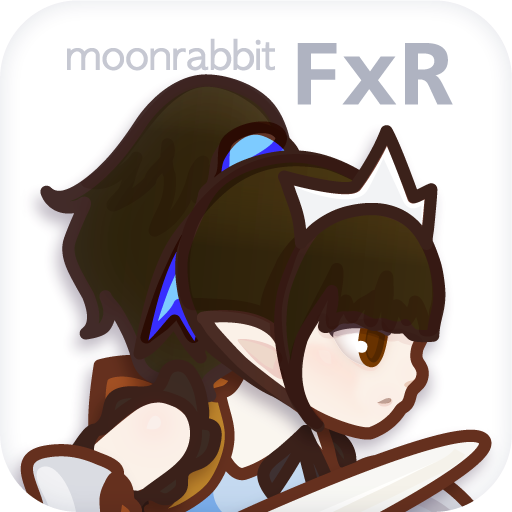 FANTASYxRUNNERS Is The Endless Runner Game That Should Be On Every iDevice
Nothing found :(
Try something else