You are using an outdated browser. Please upgrade your browser to improve your experience.
by Kathryn Zane
February 1, 2012
There is an app in cyberspace that is dedicated to the need for more cowbell. I Got A Fever is designed for those who can't get enough cowbell. I, for one, already have a healthy dose of cowbell in my life. I believe it's a key ingredient in my multivitamin. It's listed right after the partially hydrogenated soybean extract. 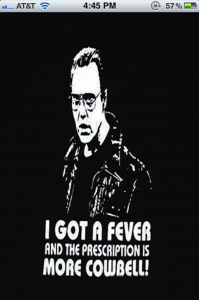 The game revolves around your ability to tap the cowbell in the middle of the screen. With that simple action, more cowbell is gained. Surprisingly, there are some achievements in Game Center that go along with the app. The highest achievement is to push the cowbell 1,000 consecutive times without the music in the background. I don't care if the music is the ocarina from Wonder Boy. It wouldn't be enough to keep my interest long enough to push the cowbell for 1,000 times. The music in the app is actually the hit from Blue Oyster Cult, "Don't Fear the Reaper." It's still not enough to keep my attention. For the rest of us lowly, less enthusiastic fans of cowbell, a few pushes are enough to satiate our appetite for cowbell. Anything else is just too much. No disrespect to Christopher Walken. Those who have no idea what's going on, Christopher Walken did a skit on the TV show "Saturday Night Live." Portraying Bruce Dickinson, he's recording the Blue Oyster Cult hit "Don't Fear the Reaper." Hence the music in the app. Will Ferrell is in the skit as the enthusiastic Gene Frenkle. During the recordings, Ferrell plays a cowbell loudly with the band. The band gets peeved about the annoying clang of the cowbell. After a few interruptions from the band, Walken continues to insist, with his famous phrase, "more cowbell." This explains why the achievements are to play the cowbell without the music that accompanied it in the skit. So, rock on Glen Frenkle groupies. Rock on. I Got A Fever is an iPhone app available in the App Store for the awesome price of FREE! 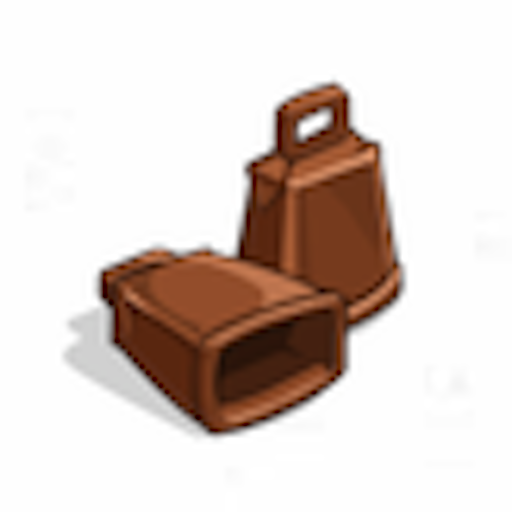 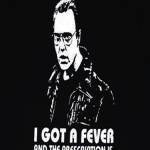 Quirky App Of The Day: I Got A Fever

Quirky App Of The Day: I Got A Fever
Nothing found :(
Try something else