You are using an outdated browser. Please upgrade your browser to improve your experience.
by A.T. Faust III
February 5, 2012
Before Alexander Vaughn, our former editor-in-chief, departed AppAdvice for greener (Bah!) startup pastures, he and I spoke at length about Apple's increasing failure to properly police every facet of its app submission process. We'd been throwing the idea back and forth for some time, and, while waiting and hoping our assertions were wrong, the time has come to finally spearhead the argument of the obvious: Apple's app reviews -- once so lauded and strict and specific -- are gone as we know them. It is Alexander's idea that the process is now completely automated. It is my idea that Alexander's right. At least, mostly. Now, before I write any further, you must understand one thing: I have no proof to unequivocally support these claims. Indeed, this entire argument could very well turn out to be complete (and completely) bunk. That said, there's certainly a lot of evidence in support of our notion, and, though I can't possibly include every example in this short piece, I've chosen the few that I believe most sufficiently represent the current state of affairs.

The most recent app to cause an uproar was the (fraudulently) top-rated Temple Jump from developer Anton Sinelnikov. This fraudulent thing, created for the sole purpose of scamming buyers, mimicked the name, look, and presentation of the hit Temple Run app. To the skeptical and savvy, it was plainly a grift, but hundreds of App Store shoppers bought the "game" thinking it was an official follow-up to the official title. And, even though it was overwhelmingly panned with one-star reviews, Temple Jump garnered enough downloads to place atop Apple's top app lists. Of course, that fame quickly brought the offender to the attention of mainstream blogs, news outlets, and Apple itself. Temple Jump was pulled within hours. (We were actually in the process of editorializing a Temple Jump announcement when it was pulled, so we pulled that in favor of this.) Naturally, Apple is refunding all affected users -- the ones who complain, anyways -- and have banned several more of the developer's apps from the App Store (like this Tiny Birds! atrocity). But think about it: Like I said before, all of this happened only after Temple Jump made it up the sales charts, into the news, and across Apple's desk. Across Apple's desk! The end result, to anyone with half a brain, was obvious. Here's the thing. Why would such a clear violation of all things app submission need to get to Apple's desk twice? How in Hades did Temple Jump make it past Apple's auditors the first time around? The easiest explanation, of course, is that there was no first time. And this is far from the first time that's happened.

Remember Alas eBook and the Flash Video Expose debacle? This unscrupulous developer had been peddling a variety of "utility" apps which were, as was the case with Flash Video Expose, little more than one-page reference descriptions of what such utilities are designed to do. Users thought they were getting a fully-capable piece of software; what they actually got was a paragraph on the given product's history, a few static photographs, and links to some external, browser-based content. Completely unnecessary, completely shady, and only remedied once the internet spoke out. Our own Casey Tschida opined at the time:

How do these apps and developers make it past the stringent App Store review team? That’s a very good question, and one I can’t answer with any real certainty. It is by no means unheard of for apps with clever descriptions and screenshots to slip by. The App Store review team is after all just people, and likely instructed to more thoroughly scrutinize certain things above others. Hopefully, with enough complaints, Apple will realize their mistake and revoke this developer’s iTunes App Store privileges.

Apple hasn't done that. However, Alas eBook no longer falsely markets its titles, so some good was ultimately achieved. But the problem persists.

A scam does not an homage make.

I've discussed the App Store "homage" before, and my opinion hasn't changed much these last many months. Gameplay mechanics are always going to be copied, and unique games, once released, will usually yield a copyist cadre. In rare cases, like that with Zynga's excellent With Friends series, the ripoffs trump the "official" releases for value and playability (EA's Boggle is mind-bogglingly bad). Ultimately, though, nobody's going to confuse Dream Heights with Tiny Tower or Veggie Samurai with Fruit Ninja. Still, fraud lives on. When an app is released that piggybacks the fame and influence of a notable, popular game with misleading icons, screenshots, and descriptions (especially when there's not even a game included with said crappy code!), it's on Apple to drop the ban hammer. Anyone taking knowing advantage of confusion-based sales should get the boot. Permanently. One notable perp, developer Girl Girls Boy Boys, has been on my radar for a while. Check out some of their "games" -- and the titles and icons they so blatantly ape: There are literally dozens more such releases from this seedy developer. And, to add insult to injury, most include pornographic advertisements in lieu of any actual gameplay. By closely adhering to known games' icon(ic) art (and adding titular themes like specific seasons, dates, and holidays), Girl Girls Boy Boys -- and developers like them (Hank Pank Stuios' Skulls and Trucks, anyone?) -- are successfully fleecing the paying public by making them believe these titles are officially sanctioned franchise additions. No human being actively involved with the App Store on a day-to-day basis can possibly have given these titles the green light. The only explanation is that they're just not there. Or, at any rate, they're mostly not there. Surely, somebody's doing something over at Apple HQ. After all, our AppStart for iPhone was rejected twice last December before finally gaining approval, and the new AppAdvice iPad app's been hung up in review for two weeks and counting. I'm not complaining by any means, but it's clear that the more well-known you are as a developer or internet entity, the more certain you are to get a very real person assigned to your very real app. In other words, upstart no-names have the easiest time slipping through the automated cracks. That's why they don't get caught until they get "popular."

Unfortunately, there aren't any solutions. Not really. There are ways for Apple to streamline the App Store and modify its listings rules, but these steps -- like increasing the minimum screenshot count from one to five and keeping sub-two-star ratings off the top charts altogether -- aren't going to stop any clever culprits. There's simply too much garbage coming over the fence for Apple to catch every stinking piece in the bin. The company isn't likely to throw much (more) money at increasing its approvals staffing. Nor is it willing to totally take out the human element -- App Store curation is a major selling point for folks who value security and compatibility over Russian roulette. That said, Apple won't purposely slow down or bottleneck the approvals process, either, as the company has to keep competitive pace with the Android Market for that increasingly fickle "most apps" crown. Likelier than not, then, Apple's going to keep doing what Apple does, waiting for the blogosphere to point out offenders after the fact. And we're more than happy and willing to do so. Now, if you'll excuse me, I've got to get ready for the Super Bowl. I just hope Eli Manning doesn't copy Tom Brady this time around... Update: Damn it. [Lead image: genbeta.com] 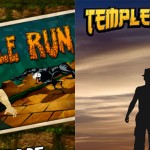