You are using an outdated browser. Please upgrade your browser to improve your experience.
by A.T. Faust III
February 20, 2012
Japanese blog Macotakara has a short, sweet bit of rumor on the iPhone 5 front, claiming that Apple's upcoming handset -- and all the (re)iterations thereafter -- will stick to the September/October release schedule introduced by the iPhone 4S late last year. Here's the word, in all its translated glory:

Will next iPhone come this autumn? According to Asian reliable source, next iPhone will be released in September or October , and this cycle seems to be kept for years.

Macotakara has a decent track record of publishing reliably-sourced information, and MacRumors says the statement jibes with its own parts supplier source, as well as with an earlier report from iMore (whose claim that the iPad 3 would be announced March 7 is generally accepted as accurate) that Apple is indeed pursuing an October launch for a 4G LTE-enabled iPhone 5 model. While some folks expected 2011 to be an aberration to Apple's iPhone plans, it's looking like the later release window worked so well for Cook and company that they're going to mark it down in permanent ink. Plus, pushing out a new iPhone only eight months after the 4S hit store shelves wouldn't be so good for customer good faith, now would it? 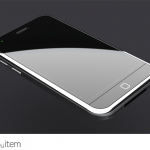 Rumors Claim Apple Sticking To iPhone 4S Release Window For All Future Models
Nothing found :(
Try something else