You are using an outdated browser. Please upgrade your browser to improve your experience.
by Bryan M. Wolfe
February 23, 2012
The iPad will remain the world’s most popular tablet in 2012 and for many years to come. However, Apple’s little piece of wonder will control a little bit less of the market than it did last year, according to a new report by TrendForce. This year, the iPad is expected to control 62.1 percent of the tablet market versus a 66 percent share in 2011. Nevertheless, this does not mean the number of iPad units sold will also decline. For 2012, Apple is expected to sell a record 58.6 million units. Last year, the Cupertino, California-based company sold 40.9 million units. In total, tablet makers are poised to sell a record 94 million units this year. This compares to 62 million sold in 2011, or a 53 percent jump. According to TrendForce’s analysis, Apple will continue controlling the growing tablet market, at least through 2015. In that year, 95.5 million iPads could be sold, representing 59.3 percent of the market. First released in 2010, the iPad initially controlled 87.4 percent of the new tablet market. Since then, other companies such as Samsung, Motorola and HP, have tried to outsell Apple by offering their own line of tablets mostly based on Android OS.  However, they mostly failed, as consumers remained mostly loyal to Apple. Apple’s challenge in 2012 and forward could come from Microsoft, which is poised to release a tablet-friendly version of Windows 8. Still, Microsoft’s success is far from guaranteed. According to TrendForce:

“…Several issues persist, such as whether or not the ARM Windows 8 tablet is able to release as scheduled, the weight and battery life, and whether the software compatibility and interface design cater to the users' preferences."

Apple is expected to release its next-generation tablet, the iPad 3 as early as next month. Will the iPad continue dominating the market, which Apple largely created, or will another company eventually take over? If so, which one? 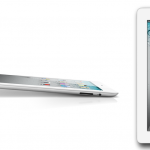 The iPad Will Continue To Dominate, At Least Through 2015

The iPad Will Continue To Dominate, At Least Through 2015
Nothing found :(
Try something else