You are using an outdated browser. Please upgrade your browser to improve your experience.
by Jamie Young
February 24, 2012

Last month, we demonstrated how horrible AT&T data throttling actually was is. We’ve been keeping all of you up to date on these ridiculous antics, and have been getting a lot of feedback from all of you as well.

The overall consensus? Everyone wants to ditch the jerks.

But is there hope of AT&T changing their scumbag ways?

It seems like there very well may be, my friends. One man, Matt Spaccarelli, was outraged when his data started getting throttled. He had an “unlimited data” plan after all. So, what did he do? He took AT&T to small claims court — and won! He was awarded $850 today. The Associated Press reports:

Pro-tem Judge Russell Nadel found in favor of Spaccarelli in Ventura Superior Court in Simi Valley on Friday, saying it wasn’t fair for the company to purposely slow down his iPhone, when it had sold him an “unlimited data” plan.

We agree, judge! Finally, maybe someone can knock some sense into AT&T.

It’s a shame class action lawsuits aren’t possible for this; AT&T would definitely be even more in the doghouse if there was such a case. But if you’ve been experiencing throttling, and are quite fed up with AT&T — as I know a lot of you are — maybe you should consider taking them to small claims court.

Do you think AT&T will reconsider their data throttling after this? Or will it take hundreds more small claims cases to convince them? 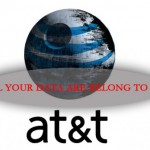 Want To Go After AT&T For Being Greedy? This Guy Did, And He Won!

Want To Go After AT&T For Being Greedy? This Guy Did, And He Won!
Nothing found :(
Try something else