You are using an outdated browser. Please upgrade your browser to improve your experience.
by Bryan M. Wolfe
February 24, 2012
When Mac OS 10.8, aka Mountain Lion, arrives later this summer, it will include something iOS customers have been using for a while now: Game Center. As such, gamers everywhere will (finally) be able to track points, achievements and leaderboard ranks across multiple platforms. But, there is so much more to this news, according to the folks at G4tv.com. For one, many of your favorite iOS games will, for the first time, include iPhone/iPod touch vs. iPad vs. Mac cross-platform compatibility. Among the first fully “universal” games will almost certainly be Real Racing 2 by Firemint and Angry Birds from Rovio. In addition, EA Sports is rumored to be working on bringing some of its popular iOS titles to Mac OS as well. Second, G4tv.com believes Game Center for Mac will utilize an iPhone/iPod touch as a control. As such, game playing would incorporate a touchscreen and accelerometer. Apple might also be working on a Magic Trackpad for gaming for those Mac users who don't have an iOS device.

Regardless, developers will ultimately be the ones that decide which of their iOS games go “universal.” With nearly 20,000 Game Center-supported apps in the iTunes App Store right now, let’s hope many of these jump on board. In doing so, Apple could finally begin offering a true gaming experience that has so far eluded them.

Apple offering Game Center support for Mac is certainly a step in the right direction. Still, I'm not sure how important or even successful it will ultimately be. For one, gaming is a much different experience relaxing on a couch with an iPad versus doing so on a stationary device like an iMac or Mac Pro. Still, the inclusion of an iDevice-enabled controller could make it much more doable. Of course, time will tell. OS X Mountain Lion, in addition to Game Center, will feature iOS-like goodies like Messages, Reminders, and Notifications. Which iOS games would you like to see come to Mac? Are you thrilled with this news or not so much? 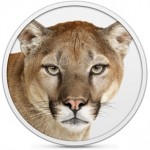 What Game Center For Mac Means To You

What Game Center For Mac Means To You
Nothing found :(
Try something else